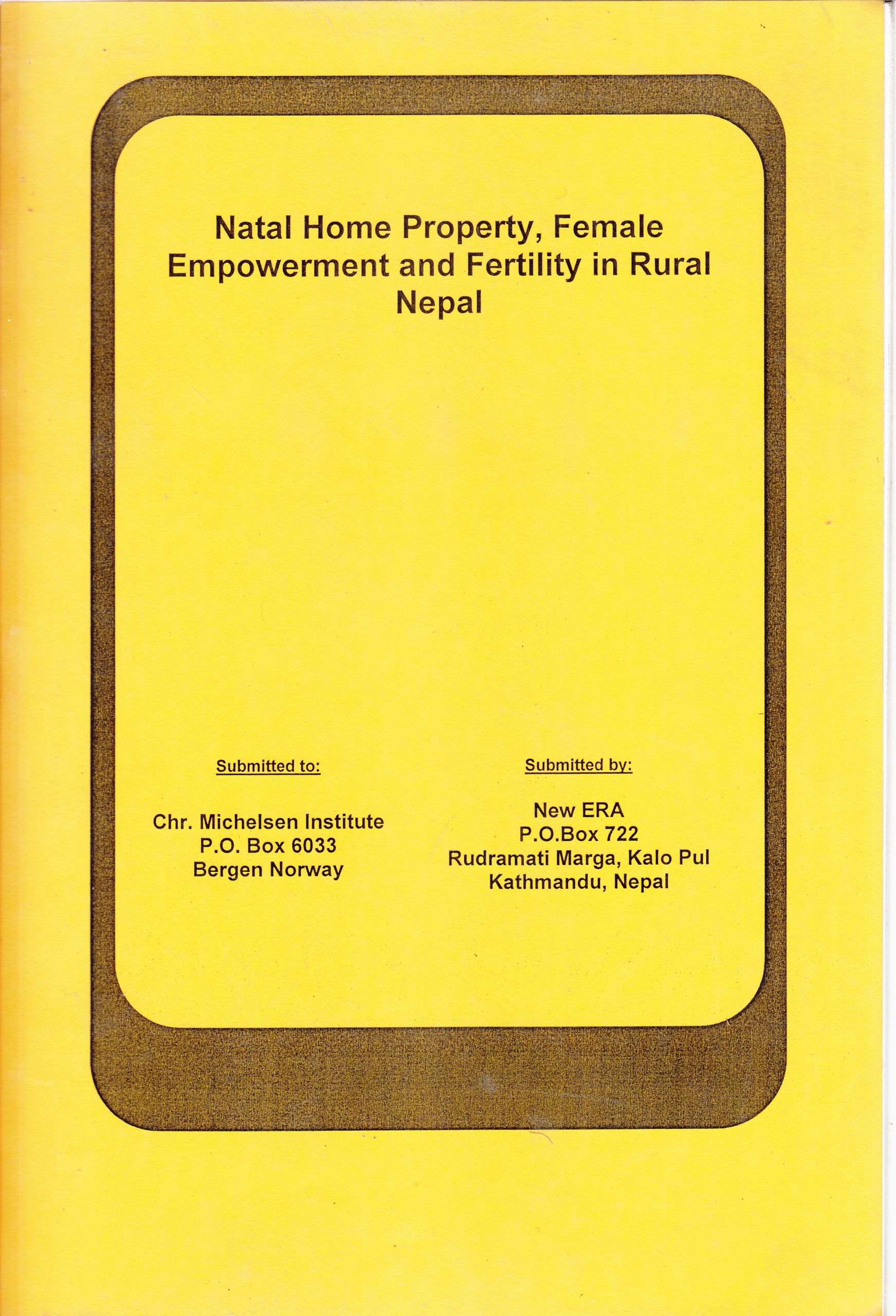 This paper examines the impact of natal home property on women’s household decision making power and fertility behavior. The study attempts to answer whether land ownership of the natal family has influence on the empowerment of women, and thus the decisions made by the households. 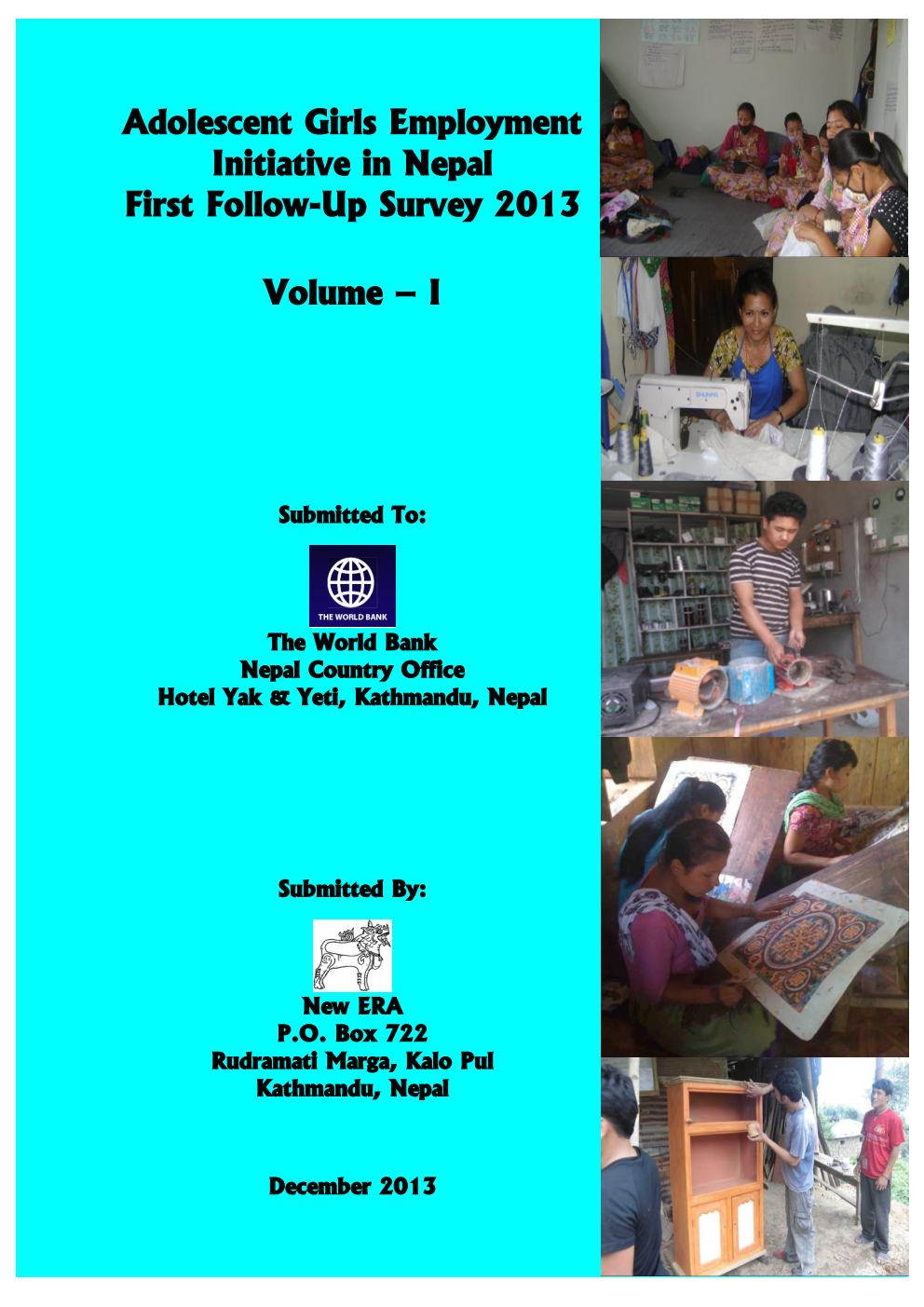 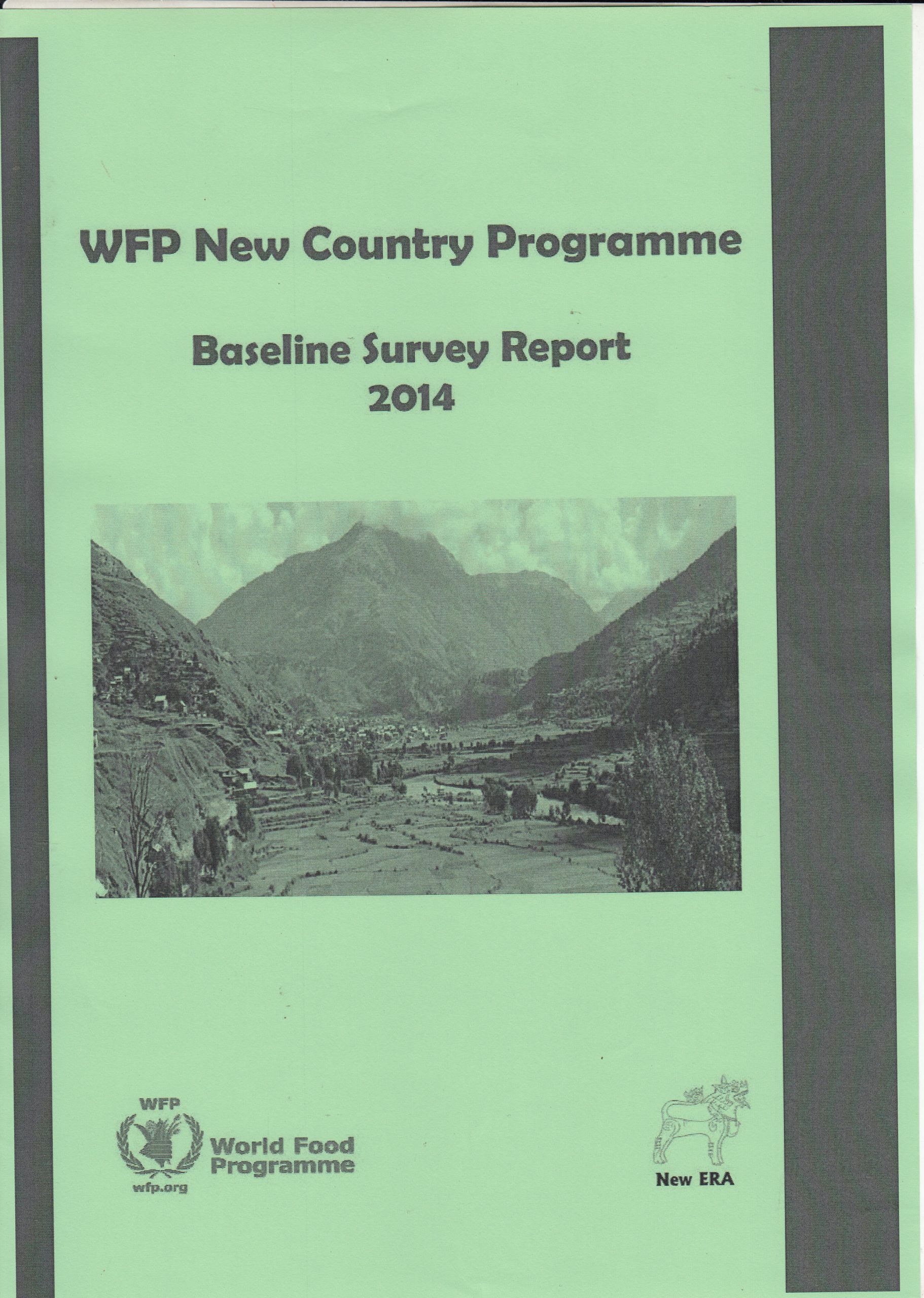 A five-year new country program 2013-2017 of World Food Program (WFP) is implementing in collaboration with the consortium of partners to enhance the resilience of vulnerable communities prone to shocks, and foster the food security and nutrition of vulnerable populations in Nepal. This survey was designed to obtain the baseline data on food security, disaster risk reduction, vulnerability, nutrition, school enrollment and attendance at the district level. The study assesses nutritional impact and anemia among women and children, child feeding behaviors among women; monthly income and expenditure; drinking water in local primary schools; and community awareness on health and nutrition. 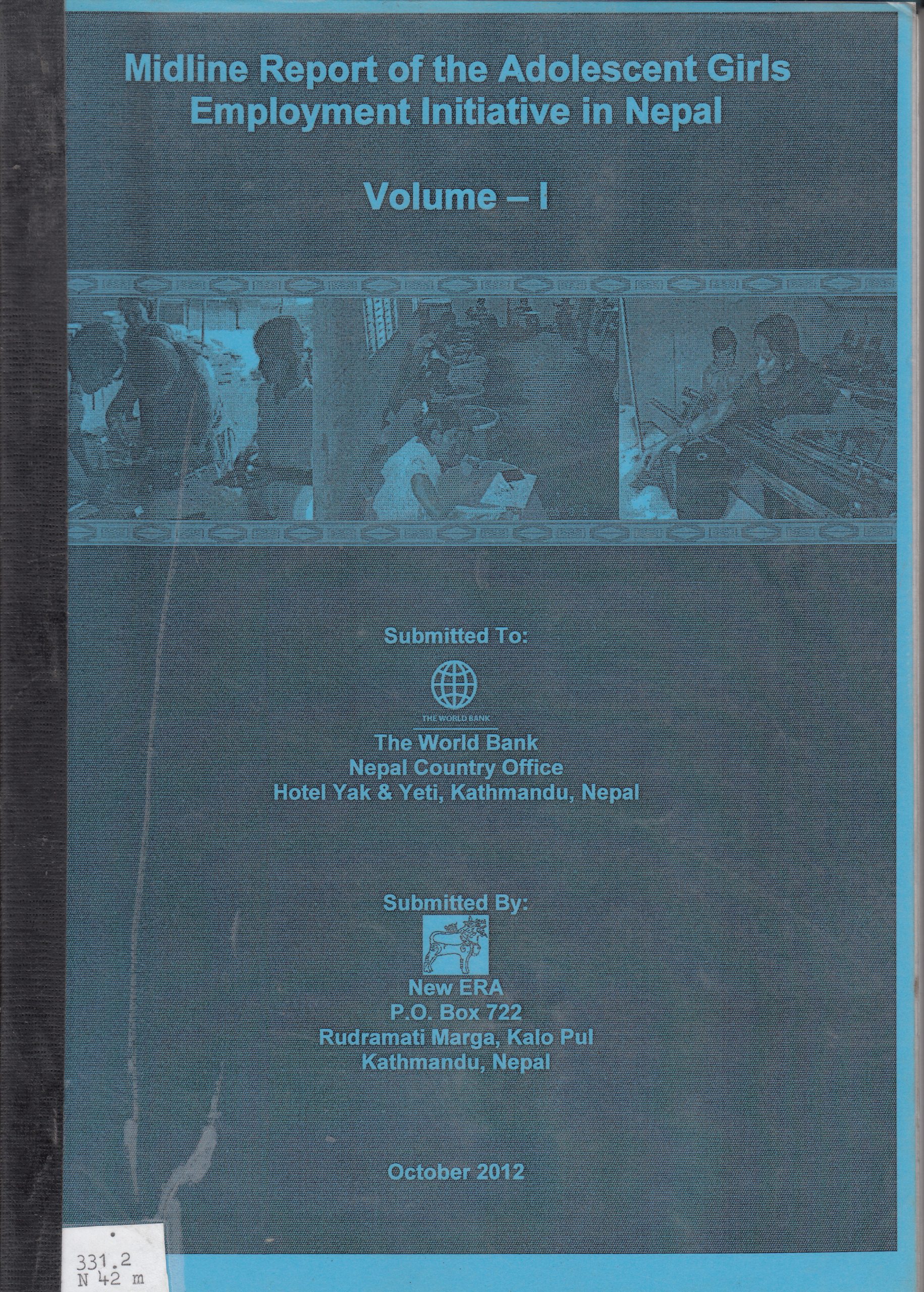 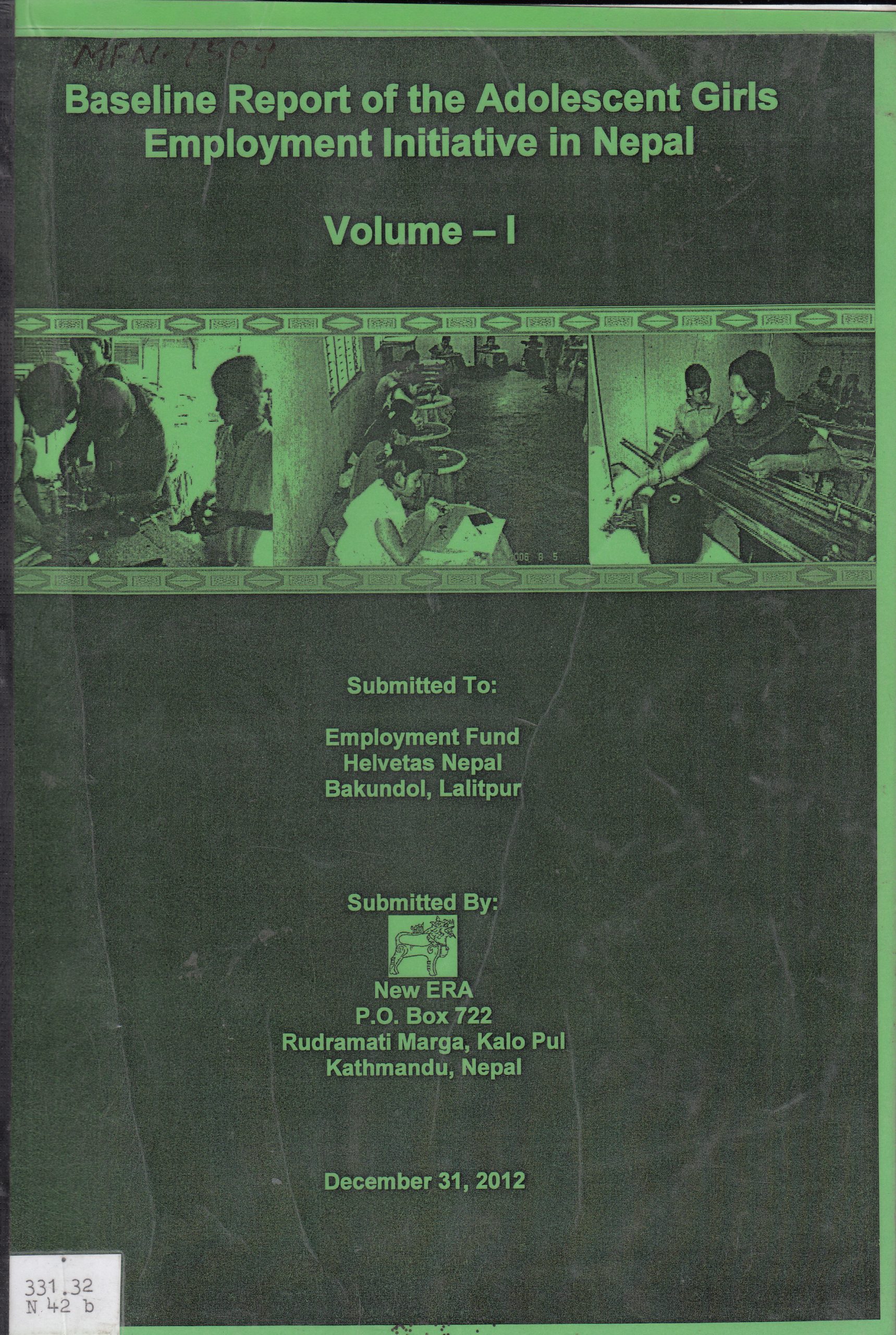 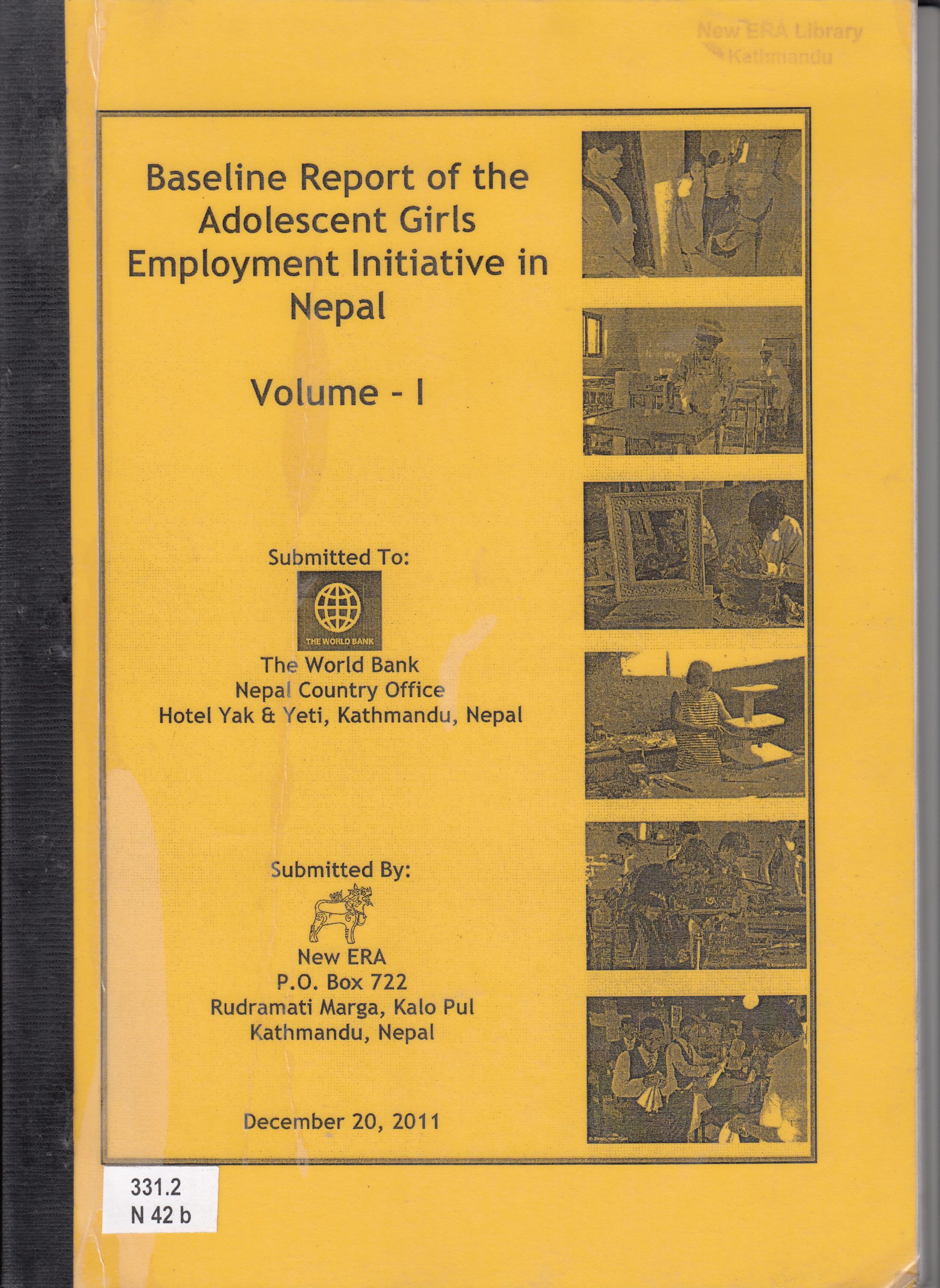 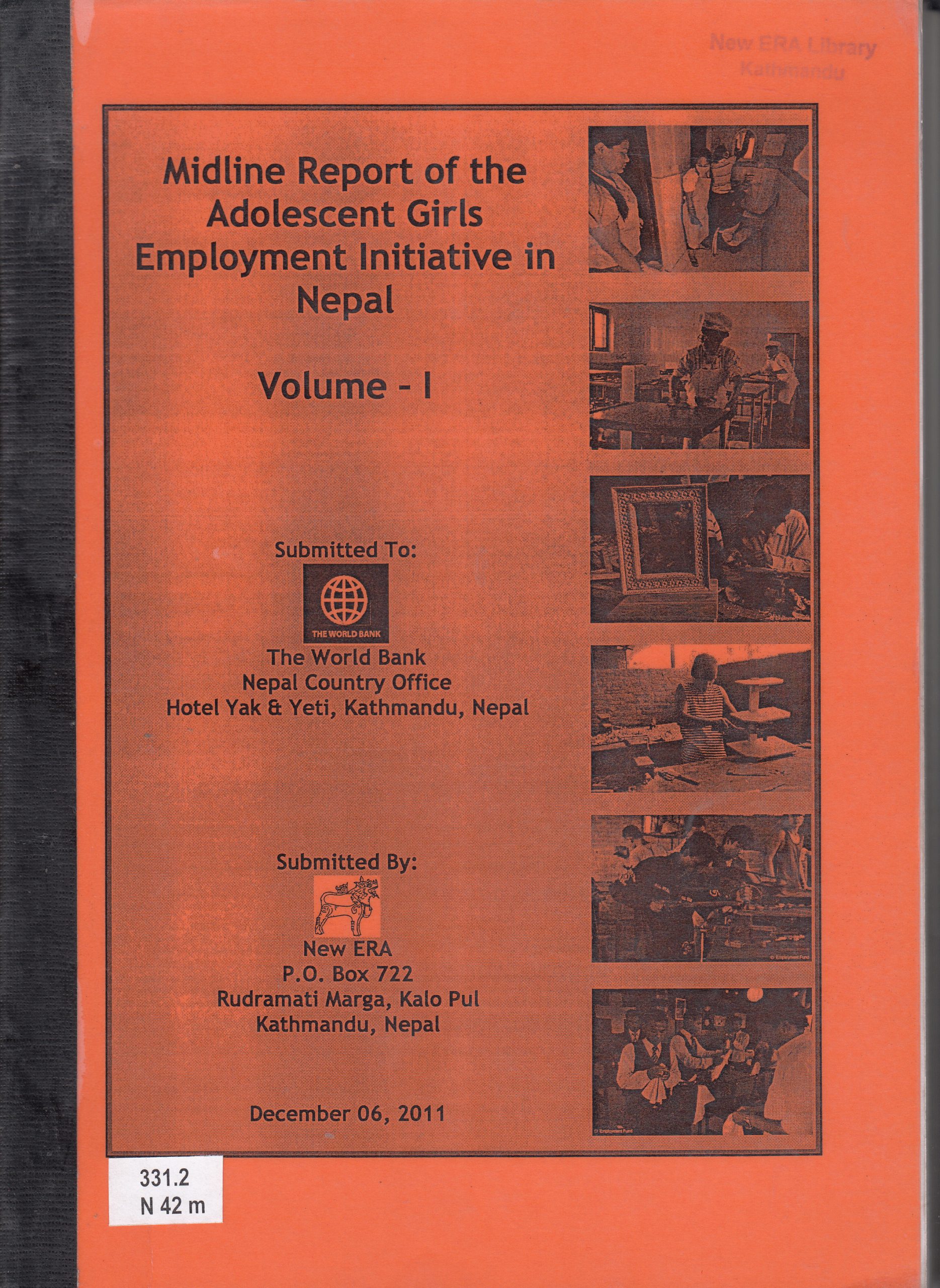 This study was to provide follow-up information on individuals and households characteristics that were surveyed for AGEI Baseline 2010. The information on demographic, social and economic characteristics of individuals and their household was collected by tracking the same individuals and households those were sampled during the Baseline. The data on migration status of household members, education, remittance, gender perceptions on empowerment, income and expenditures, awareness about health and hygiene were collected among men and women age of 16-35 years who participated in training. The survey has compared different indicators of performance for treatment and control groups.

The Adolescent Girls Employment Initiative (AGEI) program was launched by World Bank with support of Nike Foundation, the government of Sweden, Norway and the United Kingdom and Denmark to uplift the economic empowerment of adolescent girls and young women in five low-income and post conflict countries (Afghanistan, Liberia, Nepal, Rwanda, and South Sudan). The objectives of the projects was to offer training and mentorship to facilitate young women’s transition to work and share a number of common characteristics, including modest budgets, designs to sustainable increase women’s economic participation in the country. This survey was to obtain baseline indicator at the individual and household level comparing the young adolescents participating in the treatment and those in the control group. The study was collected the information on demographic, social and economic characteristics of individual adolescents and household, education status, income and expenditure, financial knowledge, knowledge of entrepreneurship, gender empowerment, risk taking behaviors, and health and hygiene awareness among the respondents. Decentralized Action for Child and Women (DACAW) program was officially started as Decentralized Planning for the Child Programme (DPCP) in 1998.  The program was focuses on child health, maternal and neonatal health, safe drinking water and sanitation, basic education, protection of children and women, awareness of HIV/AIDS and so on. The key strategies followed for this include recurrent application of Community Action Process (CAP), improvement in responsive service delivery and promotion of decentralized governance in favor of children, mothers and caretakers. This survey was conducted to assess the changes of status of women and children in the program districts between 1998 and 2003. The study also examined the CAP settlements in relation to both responsive service delivery and decentralized governance.