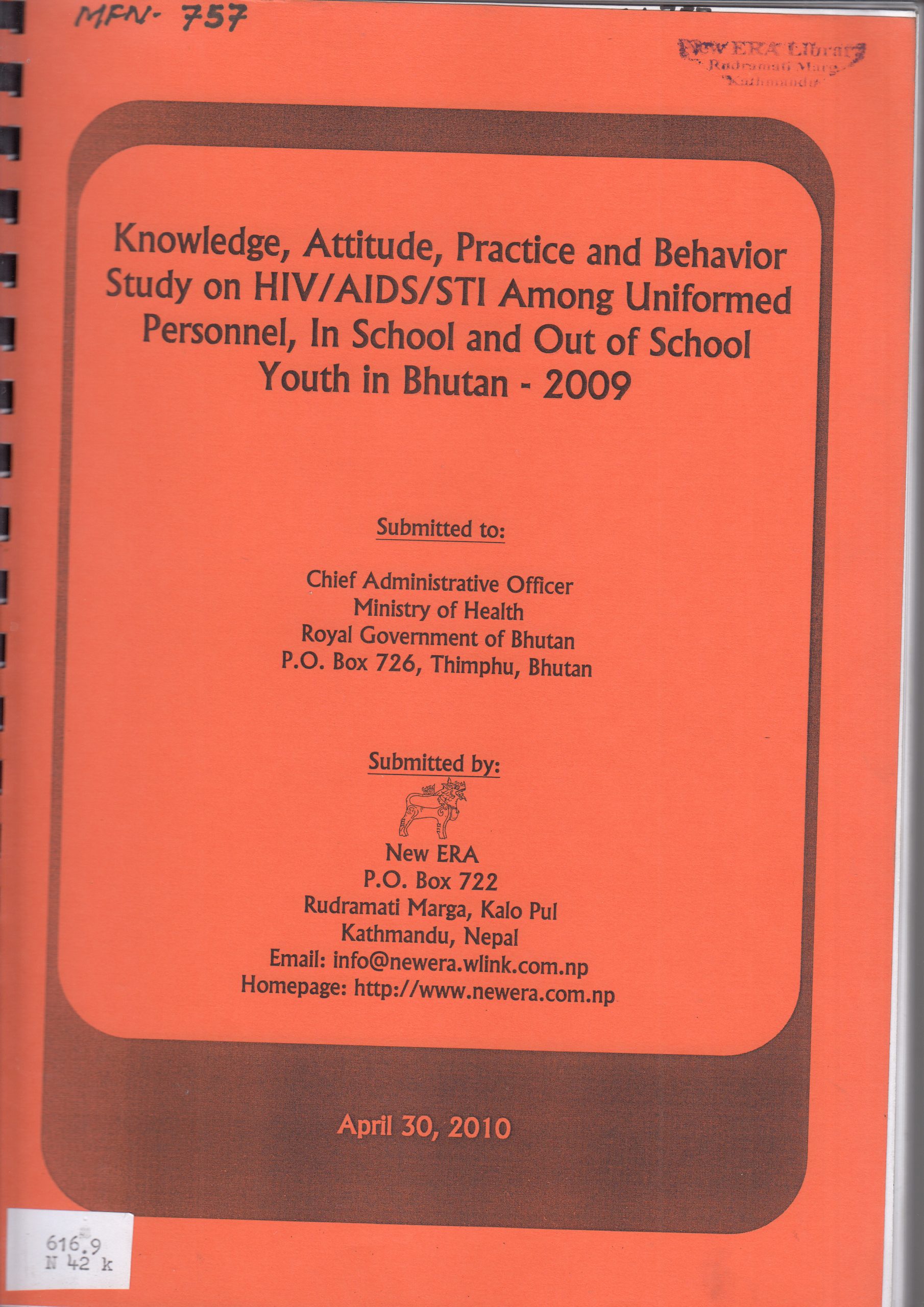 Knowledge, Attitude, Practice and Behavior Study on HIV/AIDS/STI Among Uniformed Personnel, In School and Out of School Youth in Bhutan – 2009