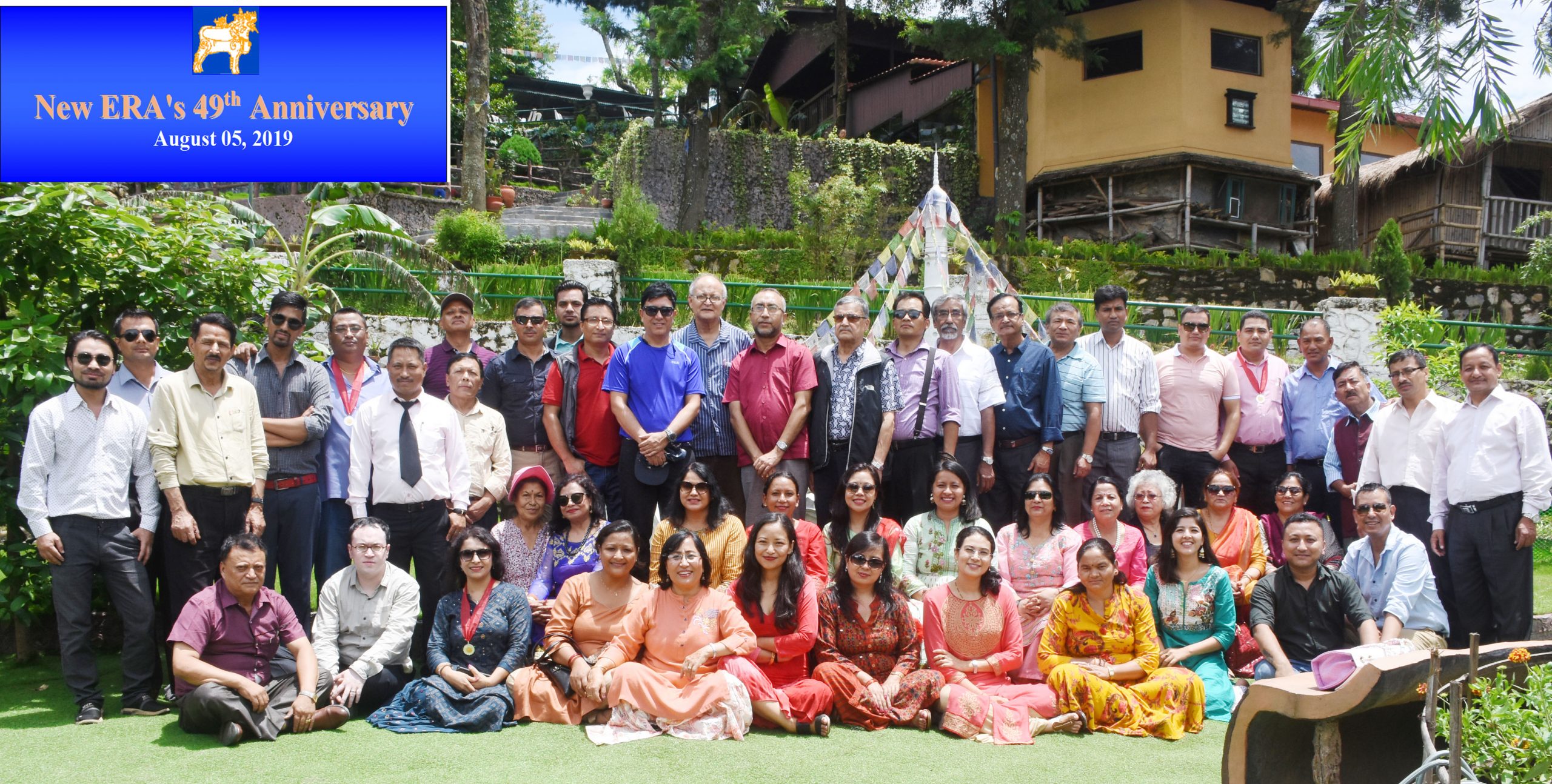 Based in Kathmandu, New ERA works in every part and every district of Nepal, on short and long-term, small and large-scale longitudinal research-based projects and maintains the highest standards of excellence for which it is widely recognized and respected. New ERA has been non-profit in spirit and has been legally registered and recognized by the government as a non-profit company since February 2017.

New ERA is governed by the Company Act of Government of Nepal for all legal purposes. Its functions are guided by its Policies and Principles. New ERA operated as a branch of its American parent company until 1981 and was subsequently registered under Nepali law as an independent company. It has always operated in practice as a non-profit organization and was formally recognized as such in 2017, following the amendment of Nepal’s Companies Act.

New ERA was established in 1971 as Nepal’s first non-government not-for-profit research organization. Run since 1977 entirely by a team of Nepali professionals, it engages in theoretical, policy and action-oriented research in collaboration with multilateral and bilateral aid agencies, international research institutes and universities.   New ERA specializes in development research, technical assistance, technology transfer and training for Nepal’s development. The organization is active in many development sectors, including, but not limited to health and nutrition, population and family planning, education, agriculture, drinking water and sanitation, gender, conflict management, environment, forestry, human resources, livestock, migration and resettlement, rural development and tourism.

New ERA research projects provide the information to guide and influence public policies and to develop practices that improve the lives of the Nepali people, including and especially the socially and economically disadvantaged. Optimizing this resource asset will form part of New ERA’s strategic initiatives in the coming years and aligned with this institutional goal as needed.