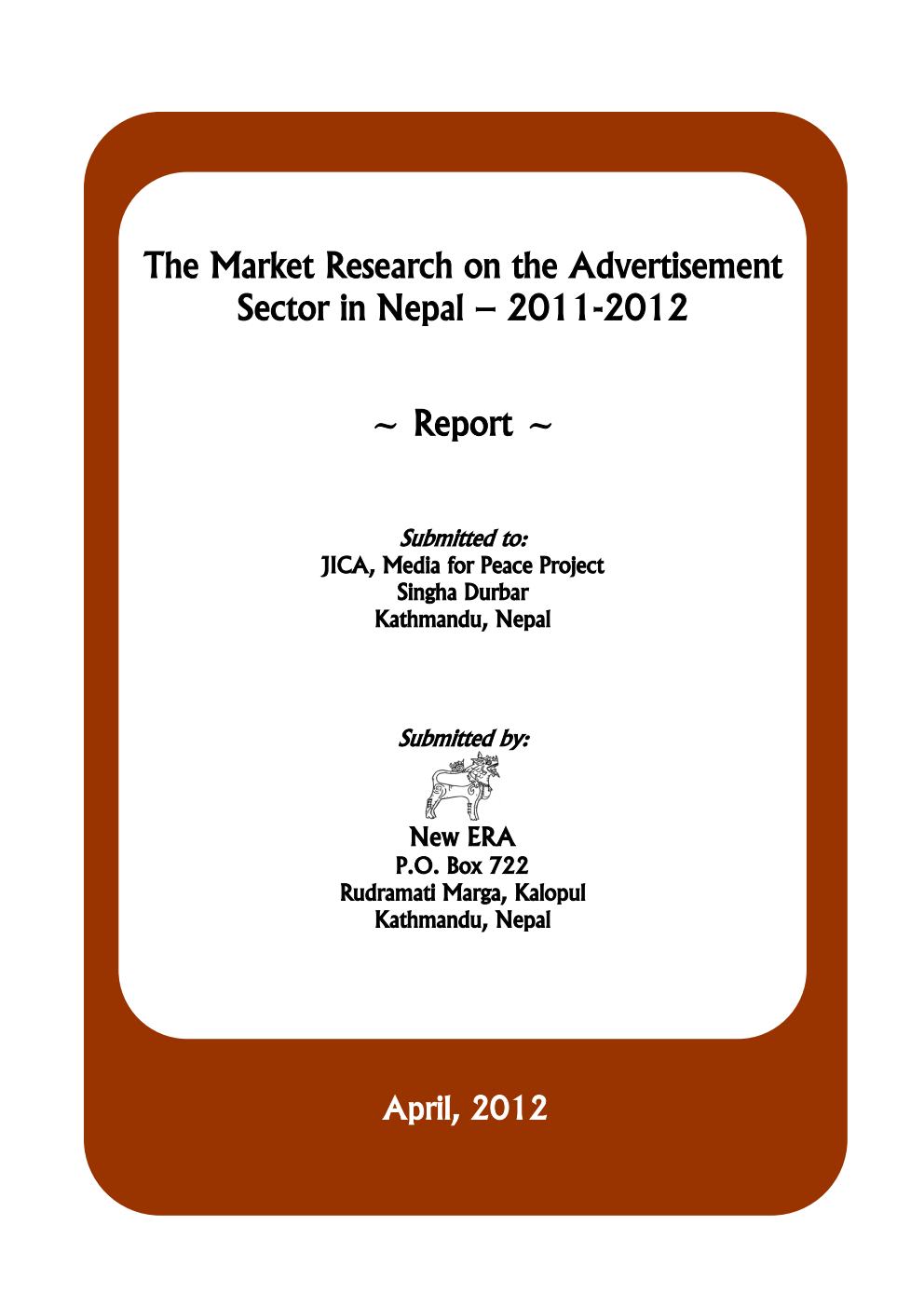 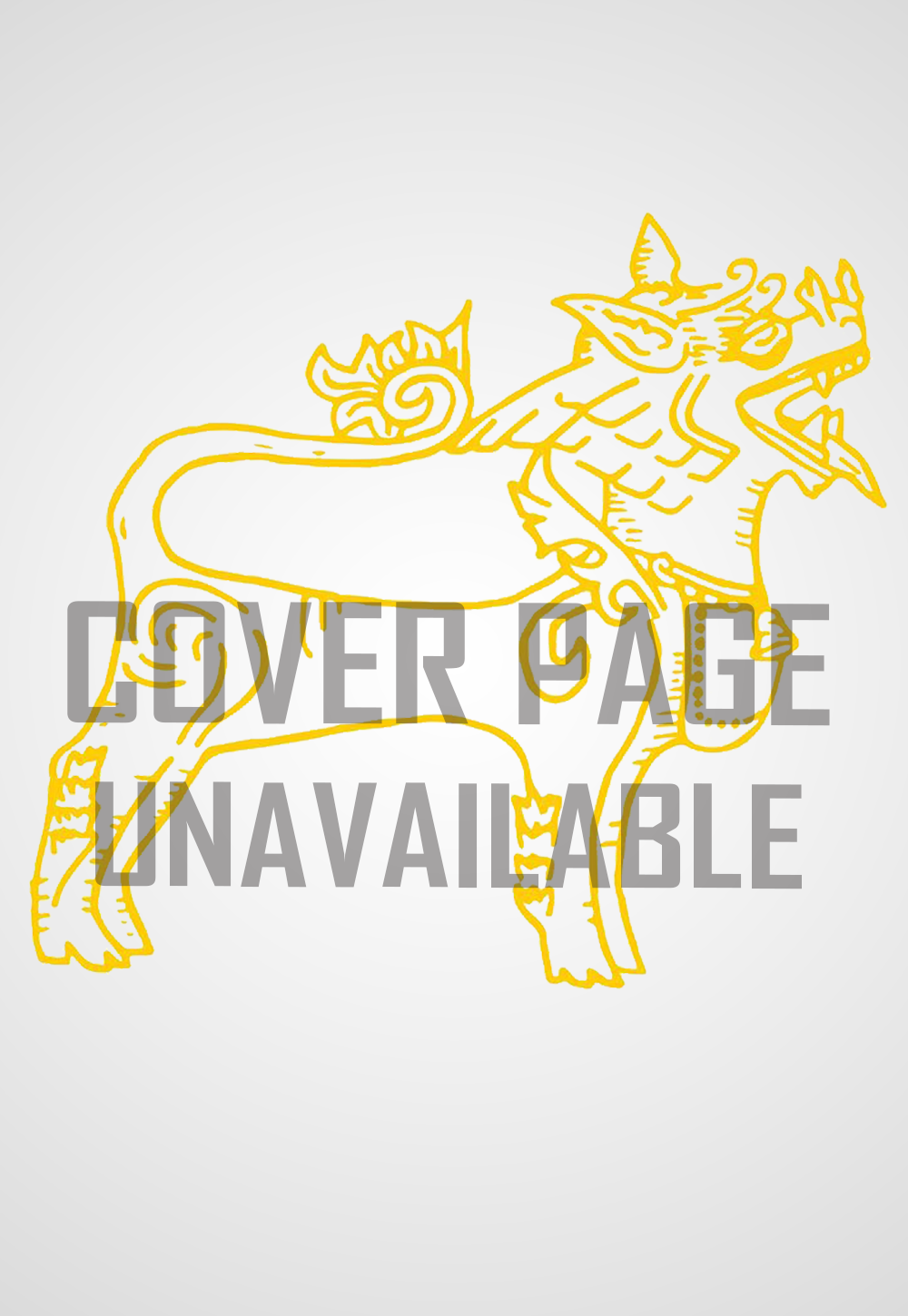 This study was to establish a baseline for strengthening ICT application in the control and treatment communities in four selected districts. It also provided an understanding of the viable conditions and other requirements necessary for the development of a sustainable Community e-Centres (CeC) model for the empowerment of rural communities and to help improve the quality of life of the people living in those communities. The study also explores the socio-economic status of the people living in the areas and assesses their exposure to and use of ICT applications. 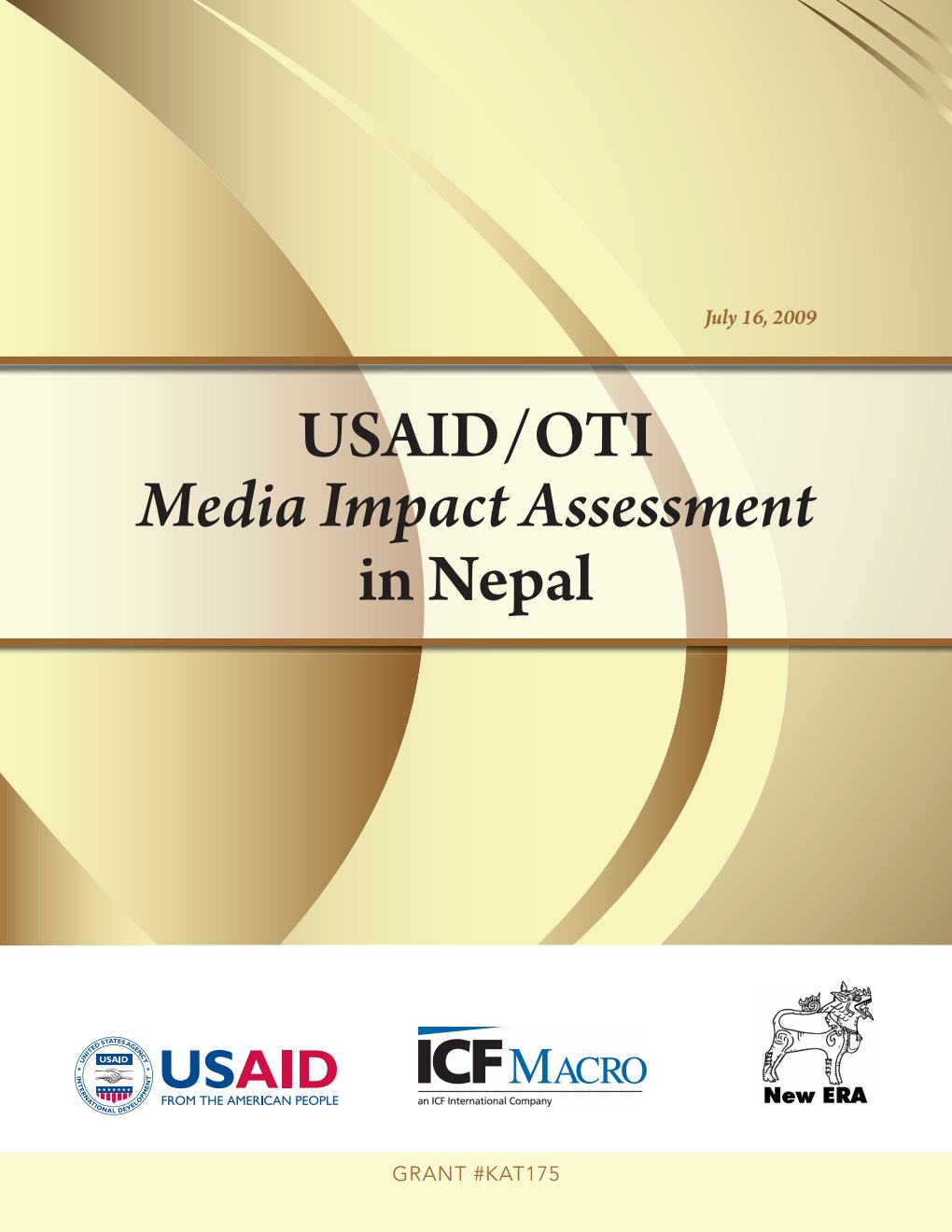 This study specifically seeks to determine whether the OTI supported activities have changed the way in which the media sector present information, in which way the public demands it and the part of the political discourse on transition and peace in Nepal. The study also aims to understand what these changes or lack there off, suggest about the use of media in the furtherance of Nepal’s democratic ambition. 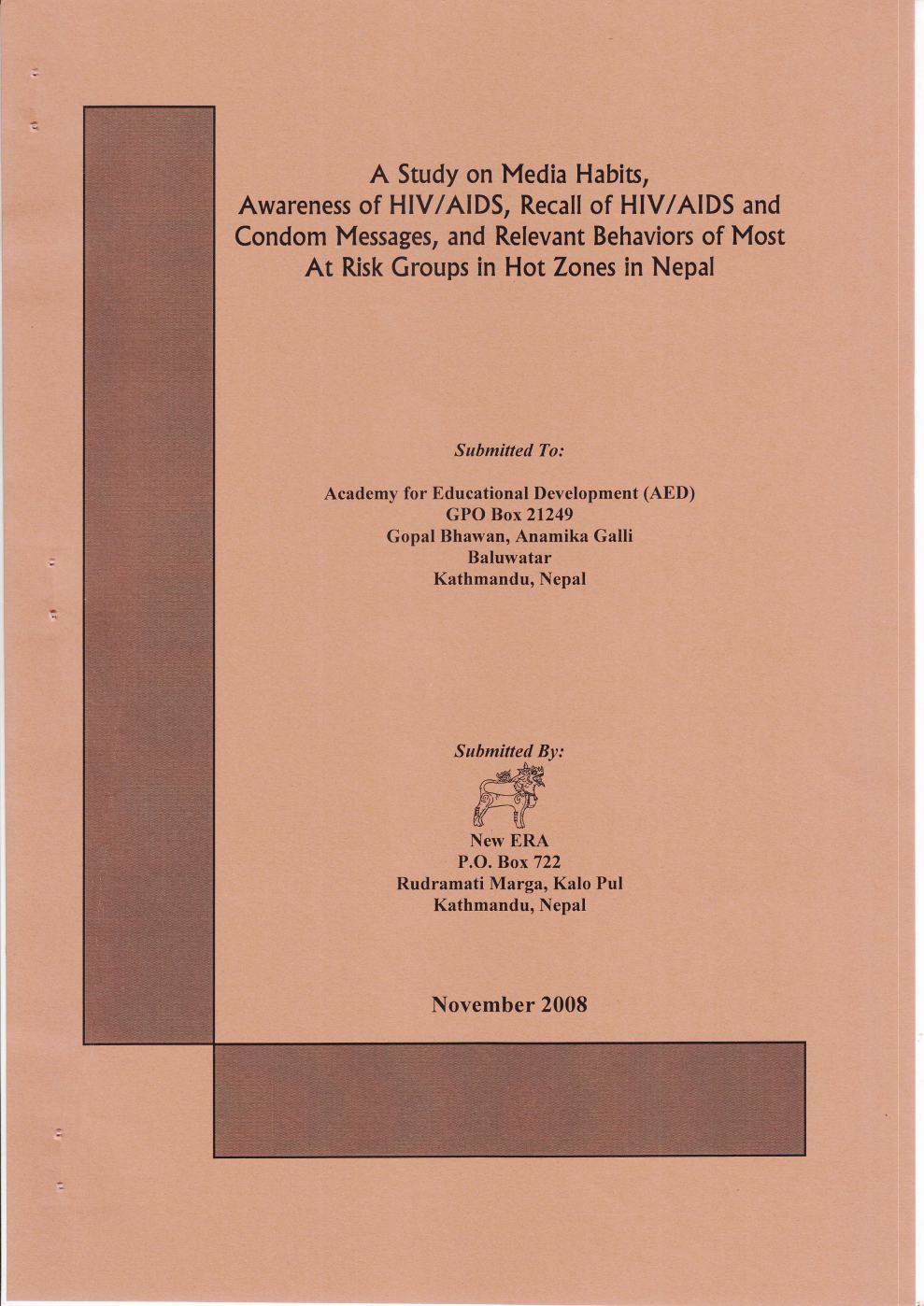 This study was to explore the media habits, awareness of HIV/AIDS, recall of HIV/AIDS and condom messages, and relevant behaviors of most-at-risk groups in high-risk areas of Nepal. The survey covered five sub-groups of the population considered to be most at risk from HIV infection: a) Female sex workers (FSWs), b) Clients of FSWs, c) Transport workers/truckers, d) Migrant workers and, e) Male and female youths between the ages of 17-24 years. This study has made recommendations in relation to the HIV awareness and condom promotion campaign focusing on the most-at-risk groups.