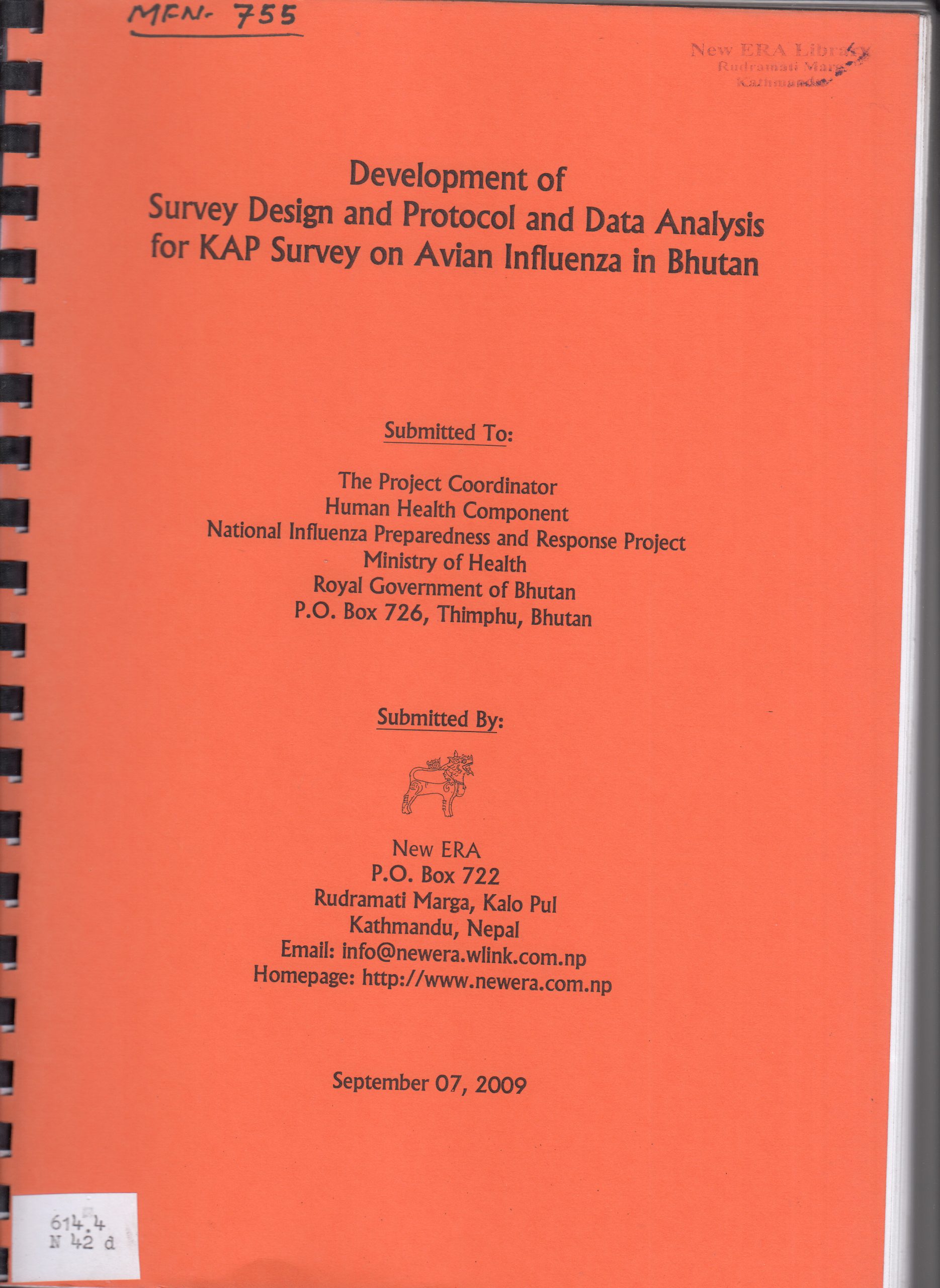 This baseline study was undertaken on knowledge, attitude and practice (KAP) of the population regarding avian influenza in 20 districts of Bhutan with the aim of developing programs focussing on the weaknesses and gaps. The study was conducted in close collaboration with Kyingkhor Consultancy Services (KCS), a national firm of Bhutan, which was selected by the MoH. The study was conducted among the general population, poultry handlers (farmers, meat vendors and commercial farmers), and animal and human health workers. Similarly, interviews were conducted with the station-in-charge of the District Hospitals, Basic Health Units, District Veterinary Hospitals, Livestock Extension Centres, the Bhutan Agriculture and Food Regulatory Authority and quarantine stations.