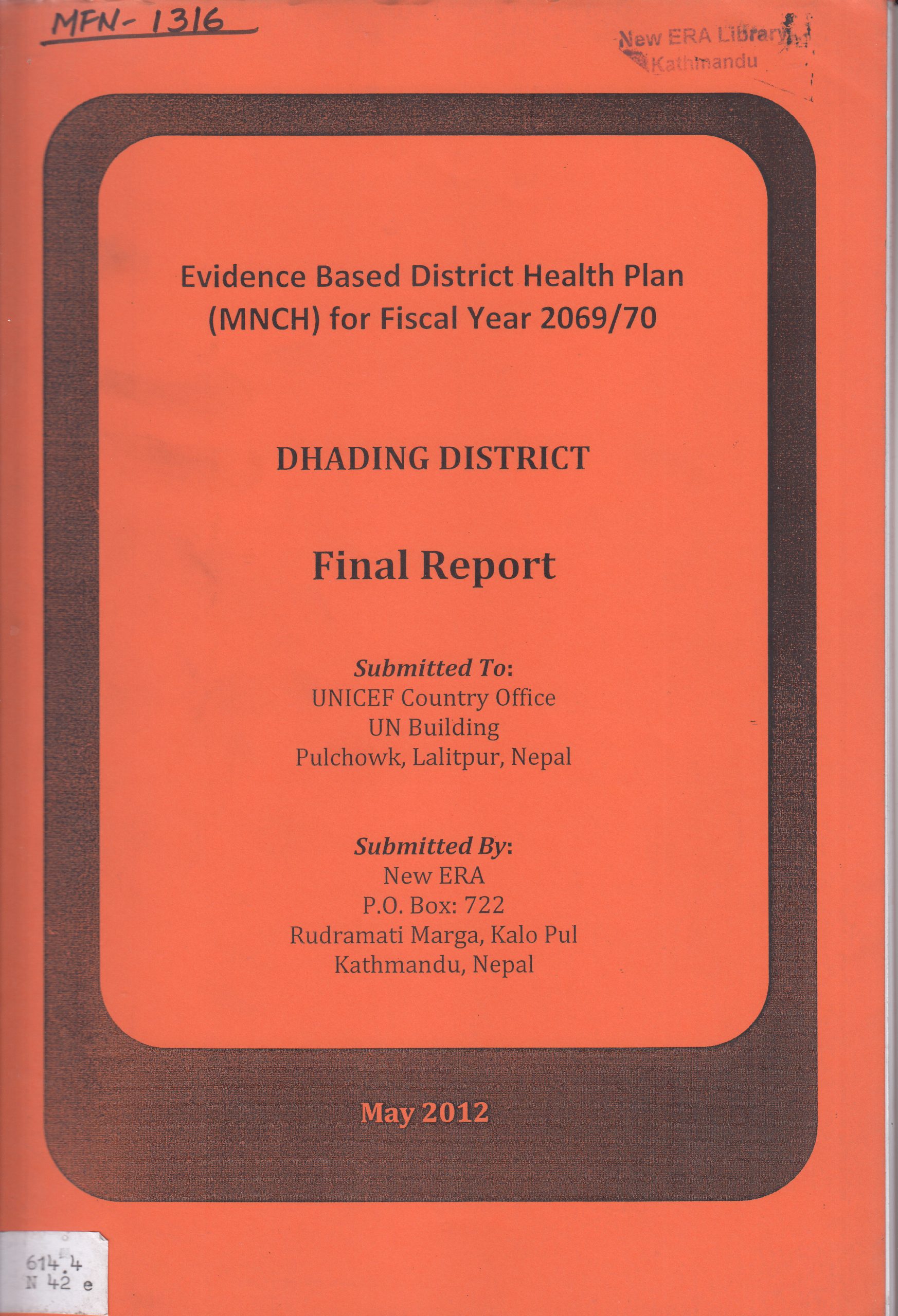 Ministry of Health and Population (MOHP) iinitiated the ‘Evidence based planning and budgeting process for a sub-national level and the Investment Case for Maternal, Neonatal and Child Health (MNCH)’ as the ‘pilot’ study in the selected five districts of Nepal. New ERA implemented the study in three districts namely Dhading, Kapilbastu and jajarkot. The study analyzed and demonstrated a number of strategies likely to be cost-effective in making progress towards target and suggested that there are strategies that will provide progress towards MDGs 4 and 5 at less cost than the current assumptions as mentioned in the Nepal Health Sector Program (NHSP) II.