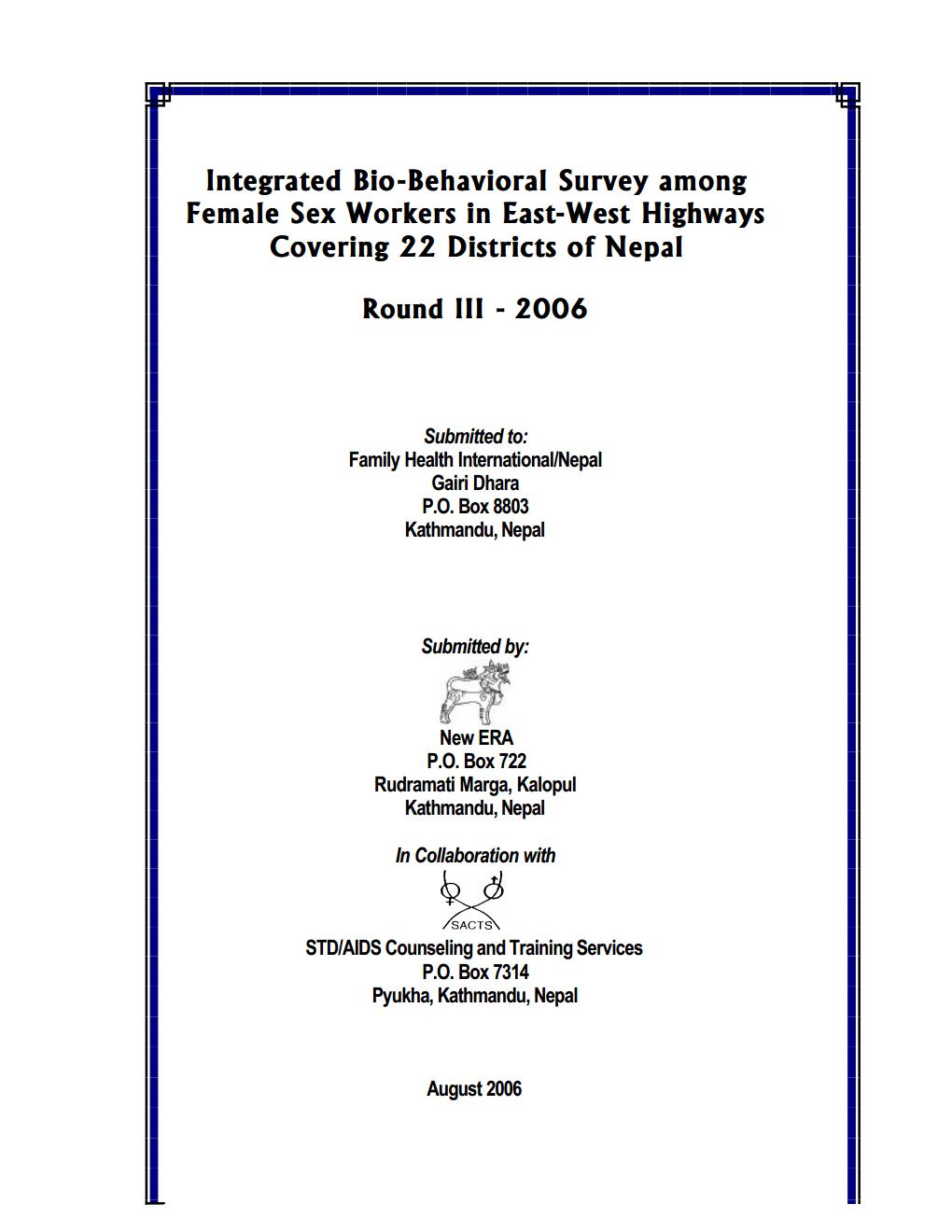 This is the third round of the Integrated Bio_Behavioral Survey (IBBS) conducted among female sex workers (FSWs) from 22 districts of terai highway of Nepal. The study was to determine the prevalence of STDs such as HIV, Neisseria gonorrhoeae (GC), Chlamydia trachomatis (CT) and Syphilis among Female Sex Workers (FSW’s) working at East – West highways sites. The study assesses socio-demographic characteristics, knowledge of HIV/AIDS, knowledge and treatment of STI’s, knowledge and the use of condoms, and exposure to available HIV/STI services from female sex workers study districts and to relate them with HIV and STI infection. The health personnel among the study team provided syndromic treatment free of cost to those testing positive for the STI problems.