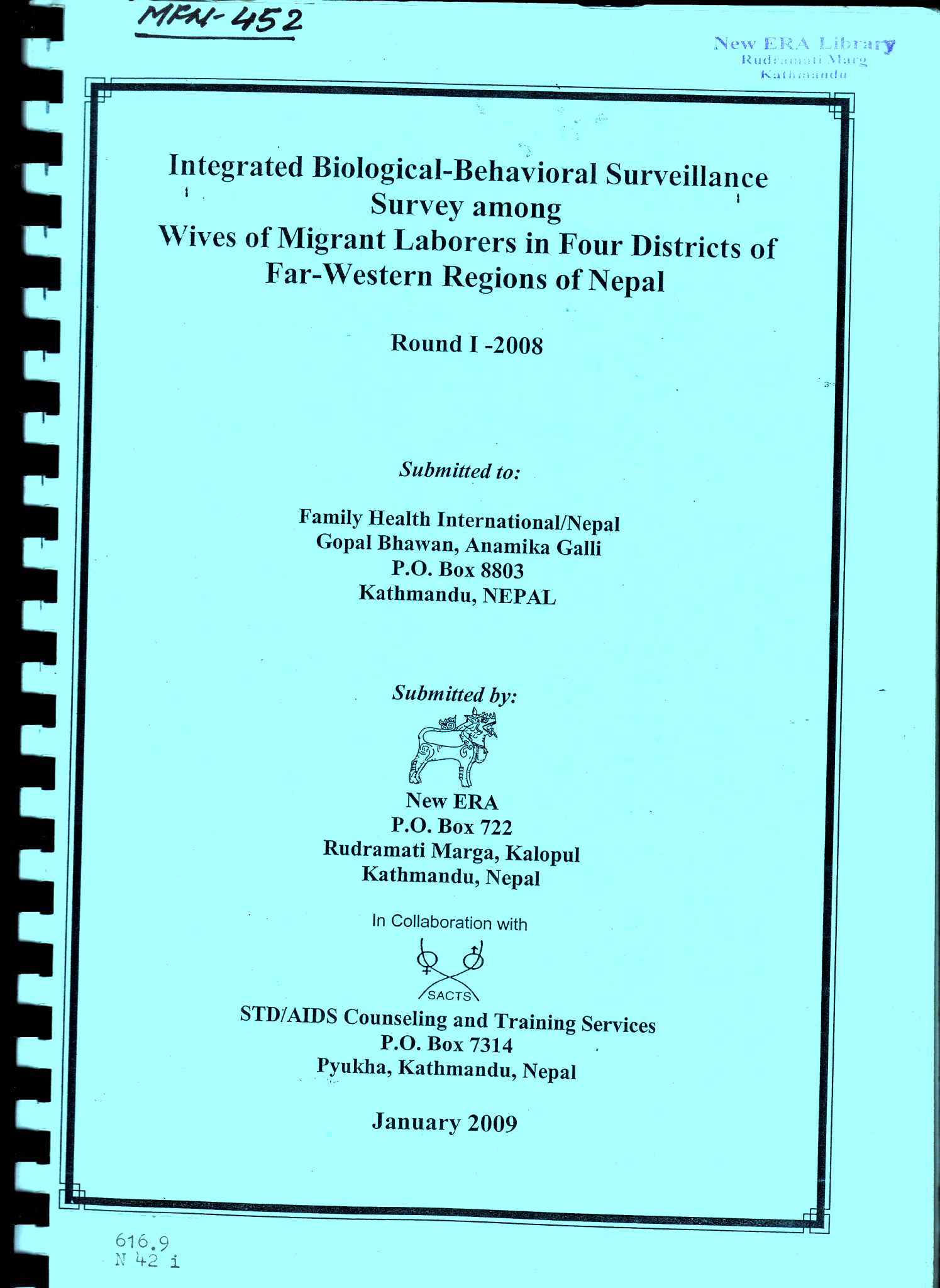 Integrated Bio-Behavioral Survey among Wives of Migrant Laborers in Four Districts of Far Western Regions of Nepal, Round I – 2008

This is the first round of the Integrated Biological Behavioral Surveillance Survey (IBBS) among the wives of the labour migrants in Far Western Regions of Nepal. The overall objective of the study was to determine the prevalence of HIV among the wives and widows of current or ex-labour migrants to India of aged 16 years and over, whose spouse had spent at least three months in India and who had returned to Nepal at least once in the last three years. The study assesses the risk for HIV infection, condom use, sexual behaviours, knowledge of HIV/AIDS and STI, exposure to HIV/AIDS awareness messages and alcohol/drug use habits study population