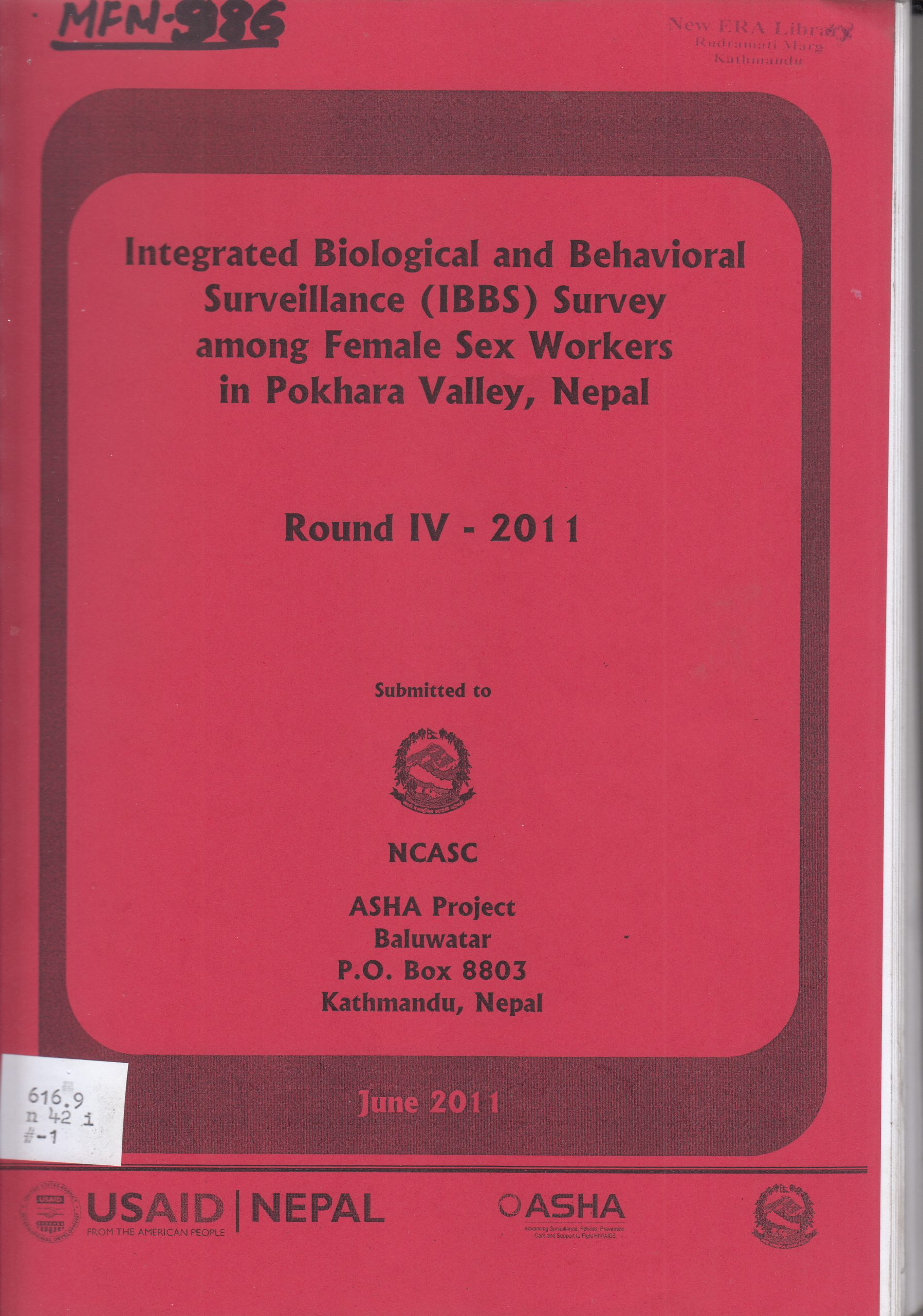 This is the fourth round IBBS survey conducted among the Female Sex Workers (FSWs) of Pokhara Valley. The IBBS surveys are part of the National HIV Surveillance plan led by National Centre for AIDS and STD Control (NCASC). The survey was collected and analyzed data on behavioral correlates of HIV STI among FSWs of study areas. The study assesses trend in the prevalence of syphilis and HIV infection; knowledge of HIV/STI; sexual and injecting behaviors among the study population. The study also examined the socio-demographic characteristics, use of alcohol and drugs; knowledge and practice of contraceptives among the FSWs. The survey team provided syndromic treatment with medicines free of cost for STIs problems.