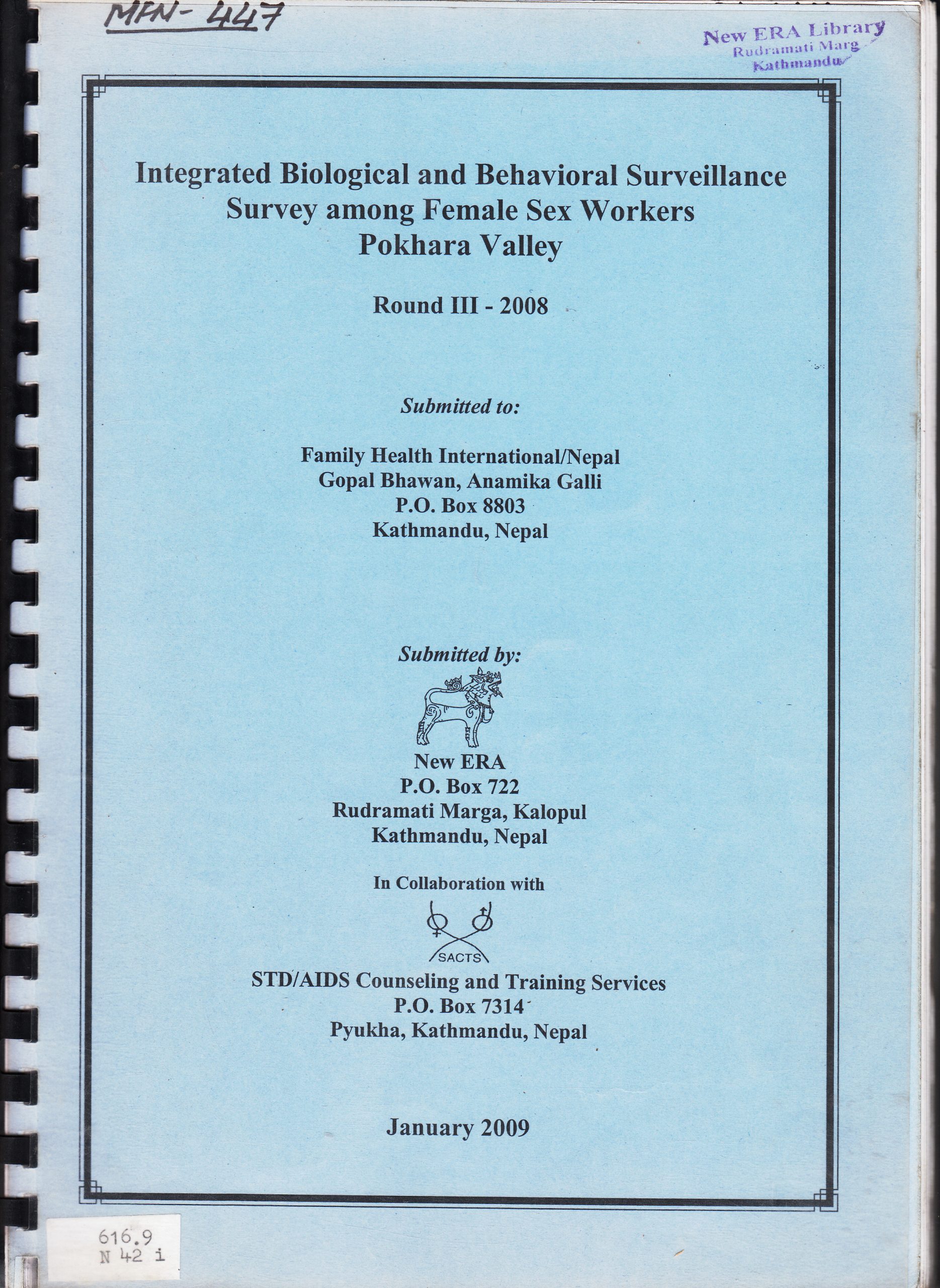 This is the third round of IBBS among the Female Sex Workers (FSWs) in the Pokhara Valley. The survey was conducted as per the Second Generation Surveillance Plan of the National Center for AIDS and STD Control (NCASC) for generating strategic information needed to monitor the HIV epidemic in Nepal. The survey was to determine the prevalence of HIV and syphilis and associated risk and prevention behaviors among the study population. The study collected the information on demographic and sexual behavior through a structured questionnaire, while the prevalence of HIV and syphilis through clinical test of blood sample. The study also assesses socio-demographic characteristics; drug using behaviors, knowledge of HIV/AIDS, treatment for STI symptoms, use of condoms, and awareness of HIV/STI services.