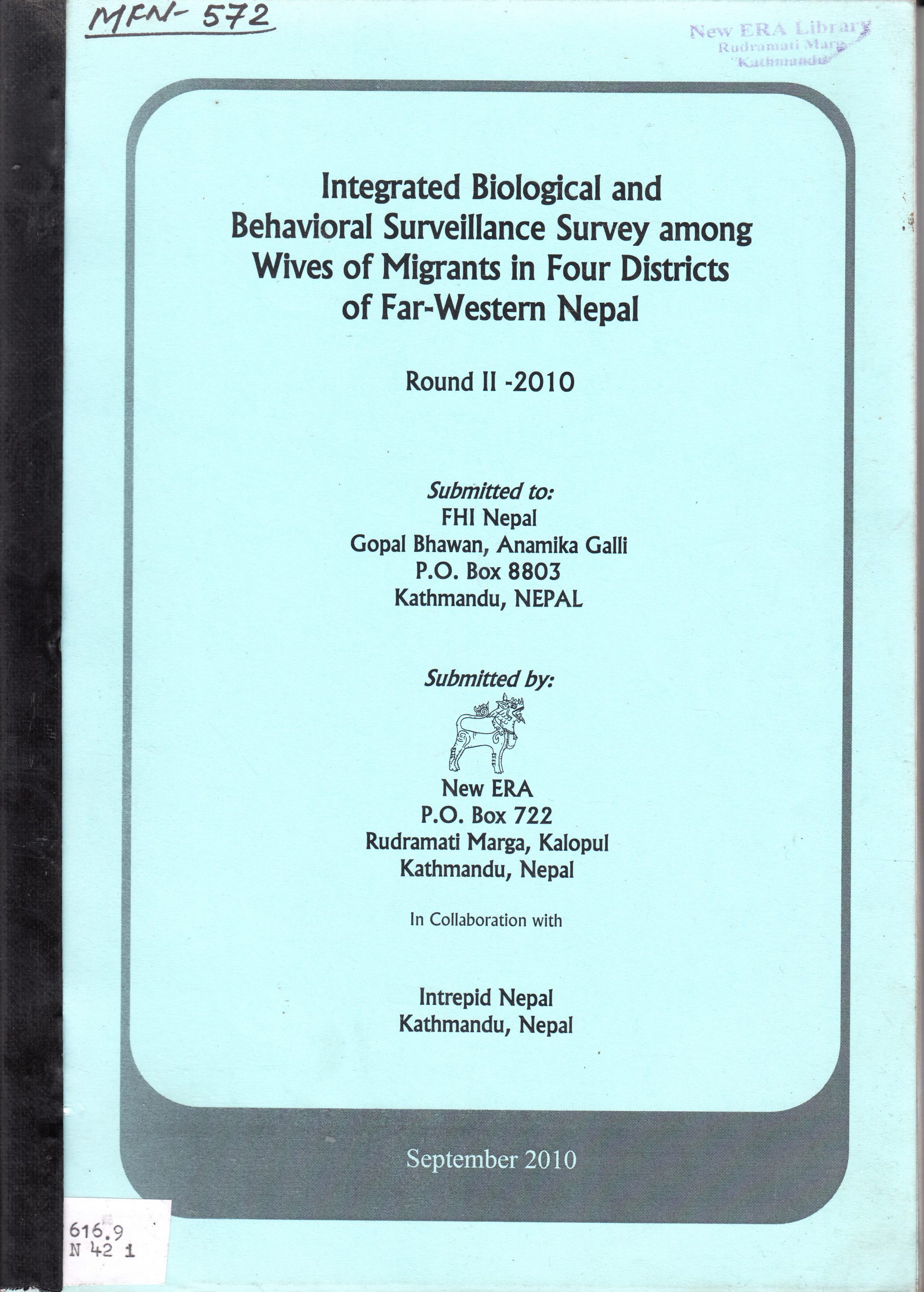 Integrated Biological and Behavioral Surveillance Survey among Wives of Migrants in Four Districts of Far-Western Nepal, Round II – 2010

This study is the second round IBBS survey among wives of migrant labours of far-western Nepal. This study was carried out from most of risky four districts namely Achham, Kailali, Doti and Kanchanpur of Far-Western Nepal. The study was to measure the prevalence of HIV among the target population. The study has also assesses the sexual behavioral track trends, level of awareness on the HIV/AIDS/STIs and perception on HIV/AIDS/STIs of the study population.