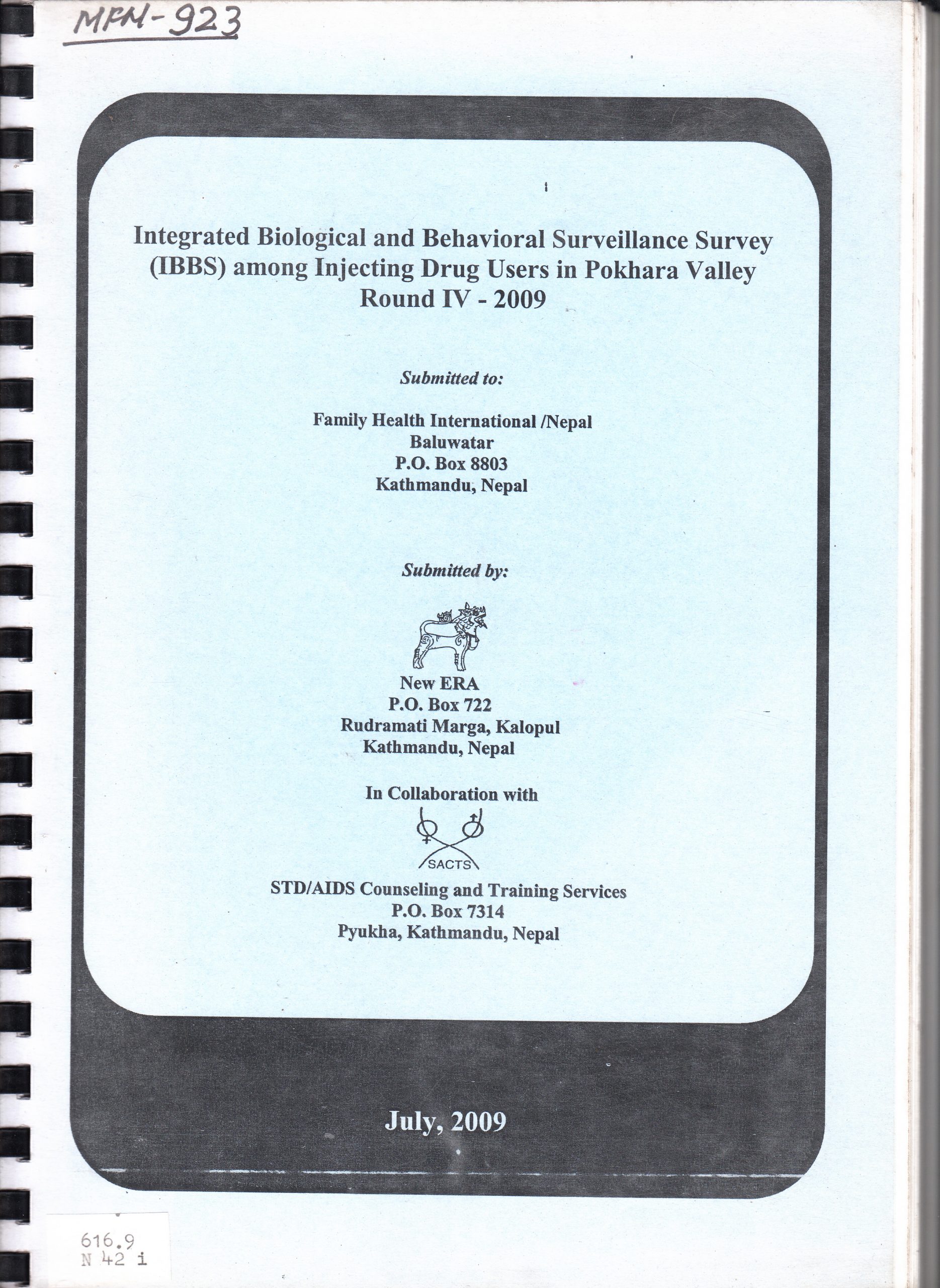 This is the fourth round of IBBS carried out among the 300 male IDUs in the Pokhara Valley. The study was to measures the prevalence of HIV and syphilis and associated risk behaviors among IDUs. Along with a structured questionnaire, blood samples were also taken to measure the prevalence of HIV and syphilis using the determine HIV 1/2 test to detect antibodies against HIV, Uni-Gold test as a second test and SD Bioline HIV 1/2 test as a tie-breaker test. The Rapid Plasma Reagin (RPR) analysis with qualification has been used to diagnose syphilis, and the diagnosis was confirmed by means of the Treponema Pallidum Particle Agglutination (TPPA) test.