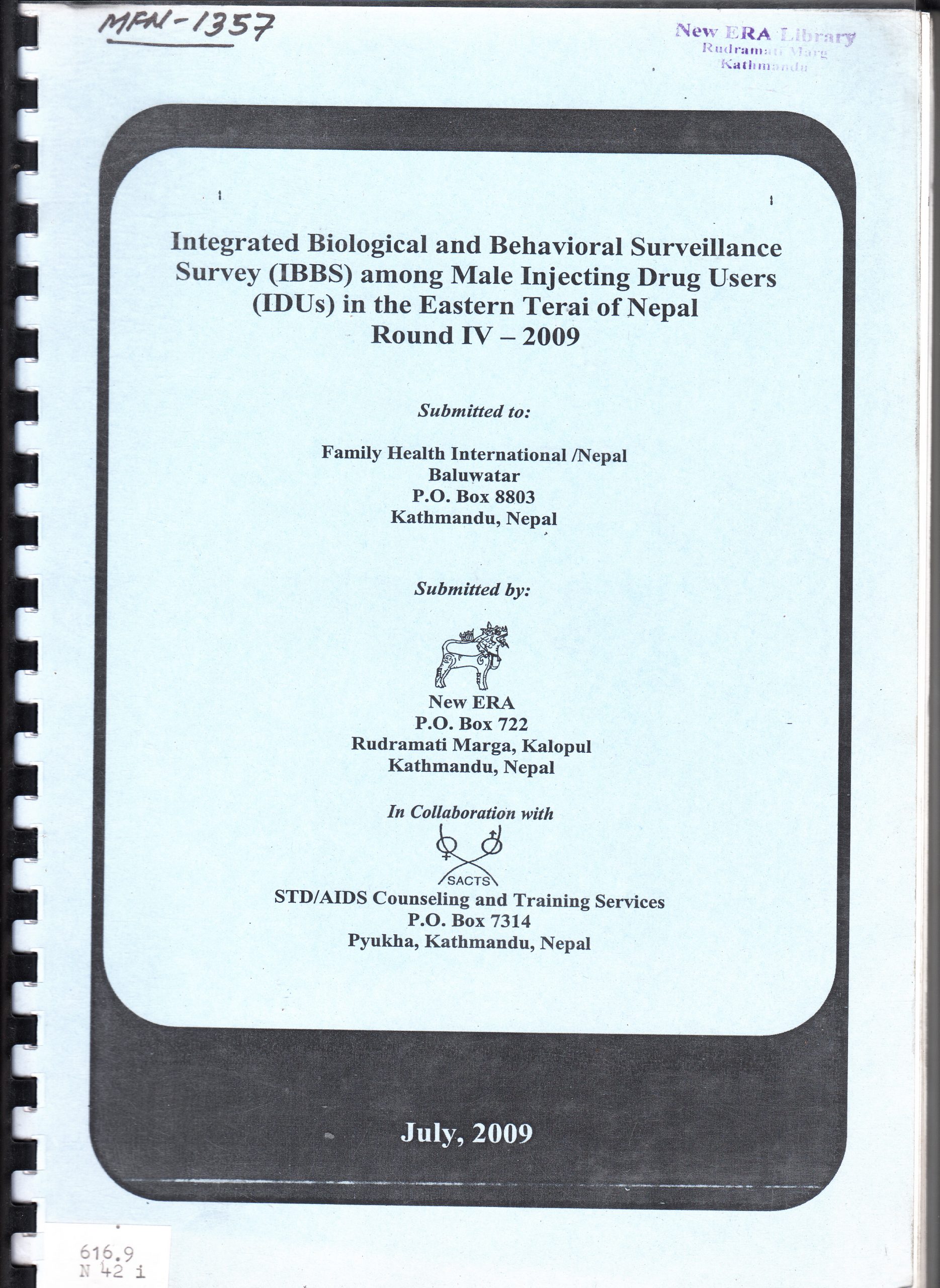 This is the fourth round IBBS among the male Injecting Drug Users (IDUs) of eastern terai of Nepal. The study carried out from Jhapa, Morang and Sunsari districts. The main objective of the study was to measure the HIV and STI prevalence among the study population. The study determines the prevalence of HIV/AIDS and assesses HIV/STI-related risk behavior among the IDUs in the study areas. The study also analyzes the IDUs’ socio-demographic characteristics, awareness of HIV/STIs, sexual behavior, condom use and exposure to intervention programs in the study areas.