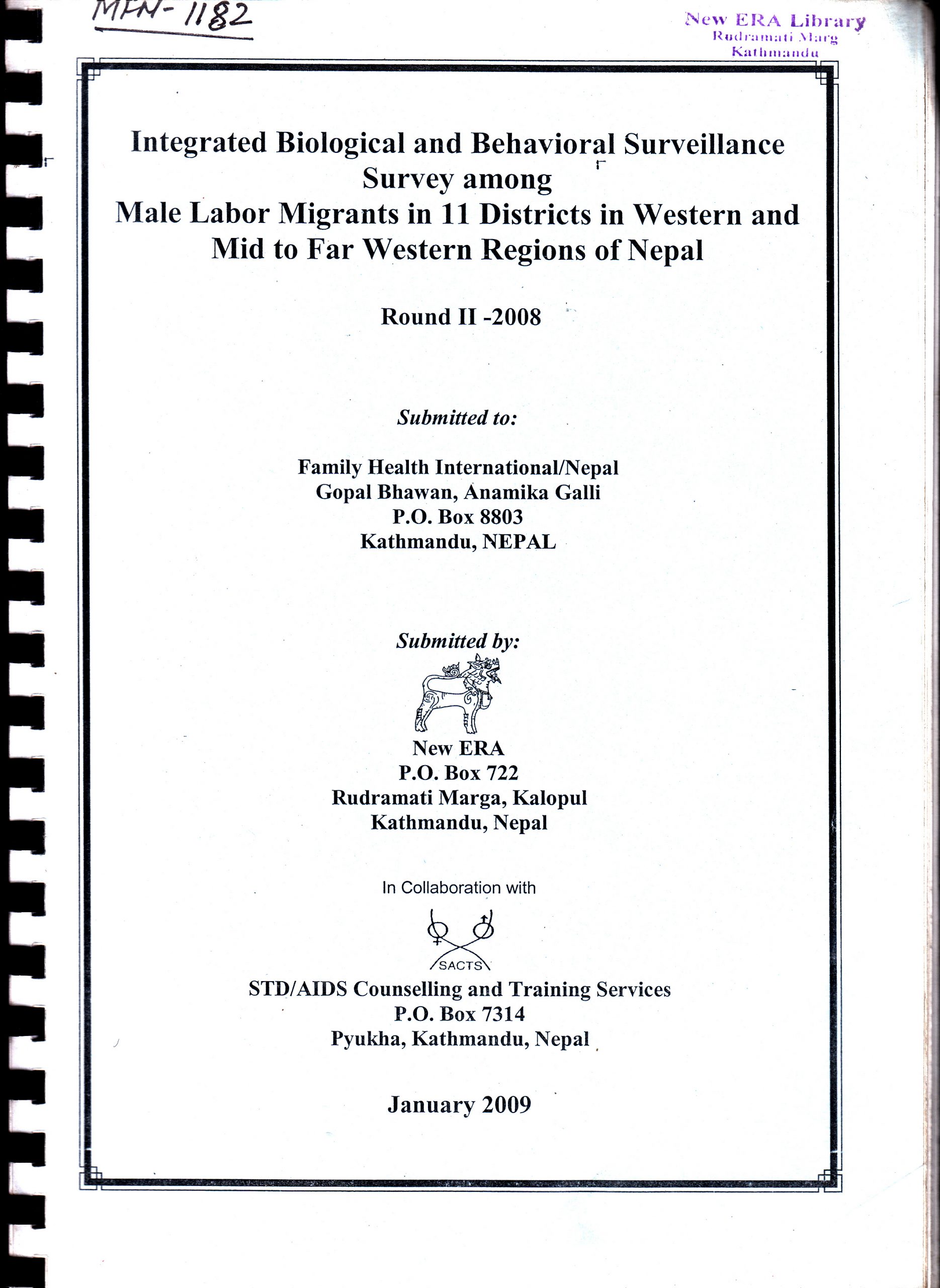 Integrated Biological Behavioral Surveillance Survey among Male Labor Migrants in 11 Districts in Western and Mid to Far Western Regions of Nepal, Round II – 2008

This second round of the IBBS among male labour migrants of Western to Far Western Regions of Nepal was conducted as per the Second Generation Surveillance Plan of NCASC for generating strategic information needed for monitoring the HIV/AIDS program in Nepal. The overall objective of the study was to determine the prevalence of HIV among the 18-49 years aged returnee male labour migrants from India. The study assessed HIV/STI risk related behaviours, socio-demographic characteristics, sexual and drug using behaviours, knowledge and treatment of STI problems and the knowledge, use of condoms and knowledge of HIV/AIDS of returnee male labour migrants.