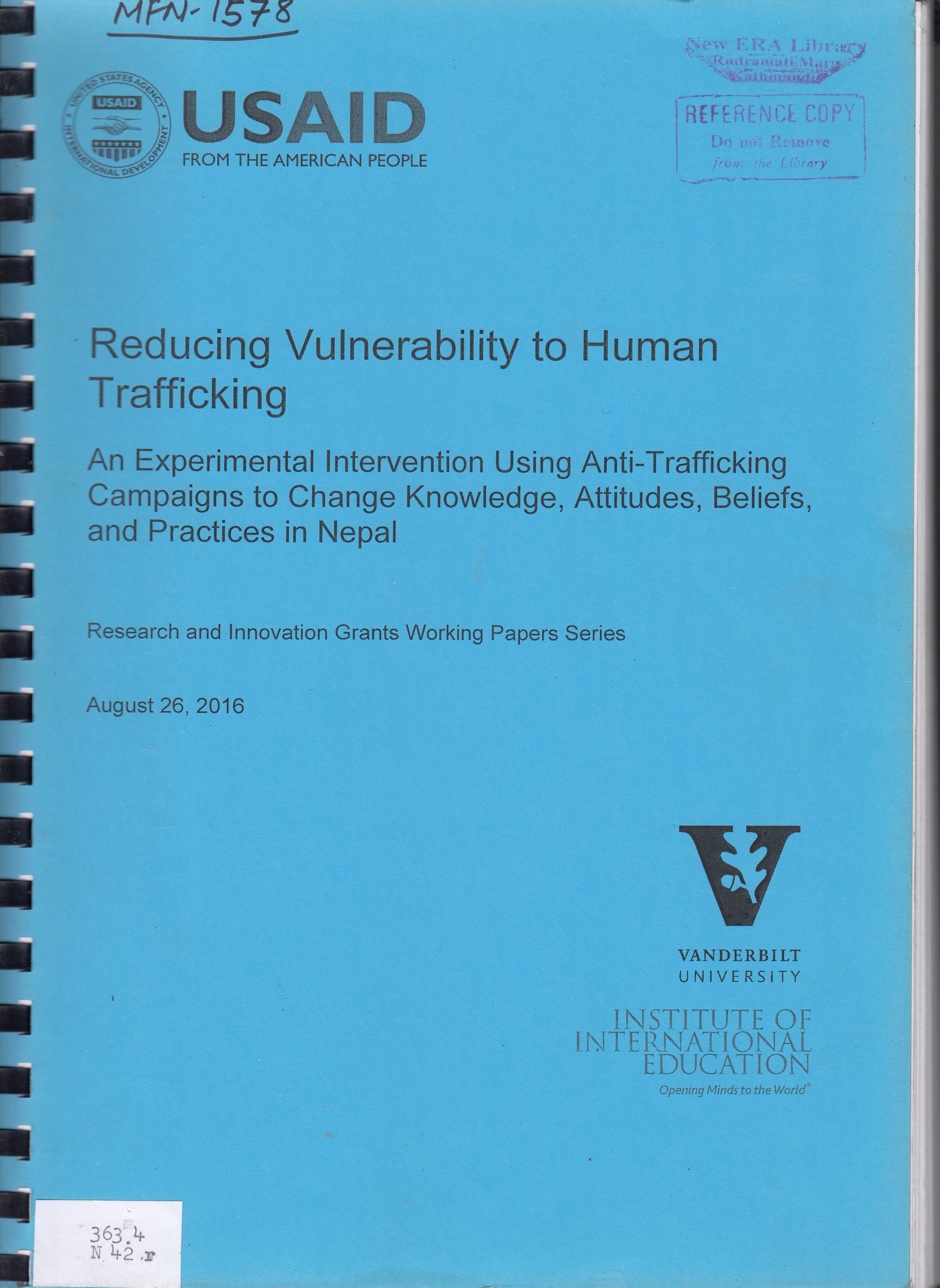 This study aims to deploy various information campaigns to address the lack of concrete data regarding the effectiveness of anti-trafficking media campaigns, and to do so with a rigorous “gold standard” research design that establishes the causal affects of anti-trafficking awareness efforts. The study was conducted in two phases: baseline and mid-line surveys. During the baseline survey, participants were exposed to various sources of media such as poster, graphic novels, videos and audios that carried different anti-trafficking awareness messages. Pre and post interviews conducted before and after exposure to these media sources, helped identify the level of effectiveness of different sensitization programs against human trafficking. Likewise, end line survey on the same participants after few months was expected to give a sense on the effectiveness of such anti-trafficking messages over an extended period of time.