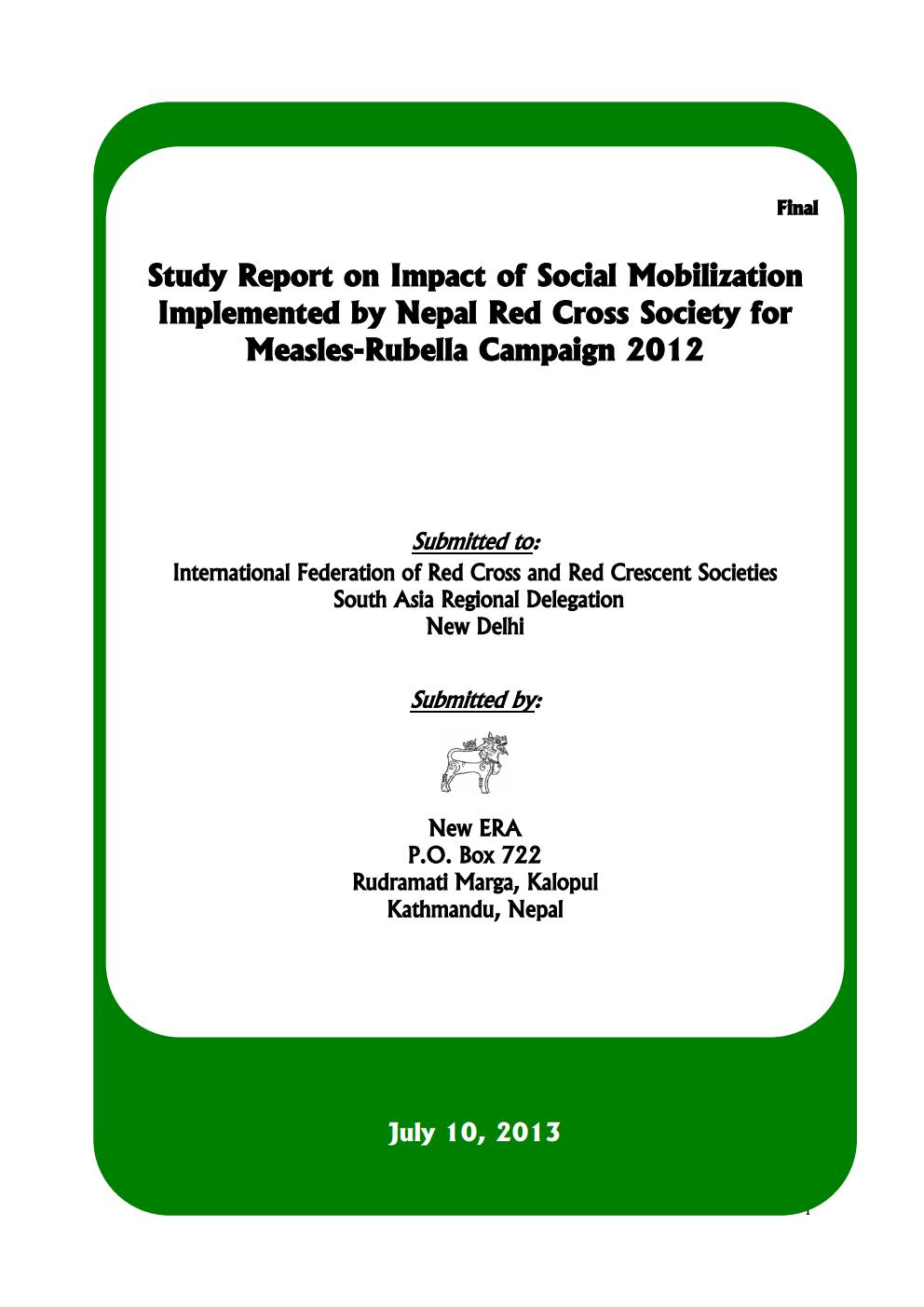 Measles-rubella national immunization campaign of 2012 was initiated by the Child Health Division (CHD) of Ministry of Health and Population (MOHP) targeting all the children between nine months to 15 years of age to reduce morbidity, disability and mortality. Nepal Red Cross Society (NRCS) implemented social mobilization activities of the campaign in 22 districts of Mid-western and Far-western Development Region of Nepal to serve the most vulnerable groups of the regions. This study assesses the effectiveness and appropriateness of approaches and modalities being applied to implement the project. The study also assesses the capacity of conducting social mobilization campaign, and comparative assessment of the ensuring benefits in communities.