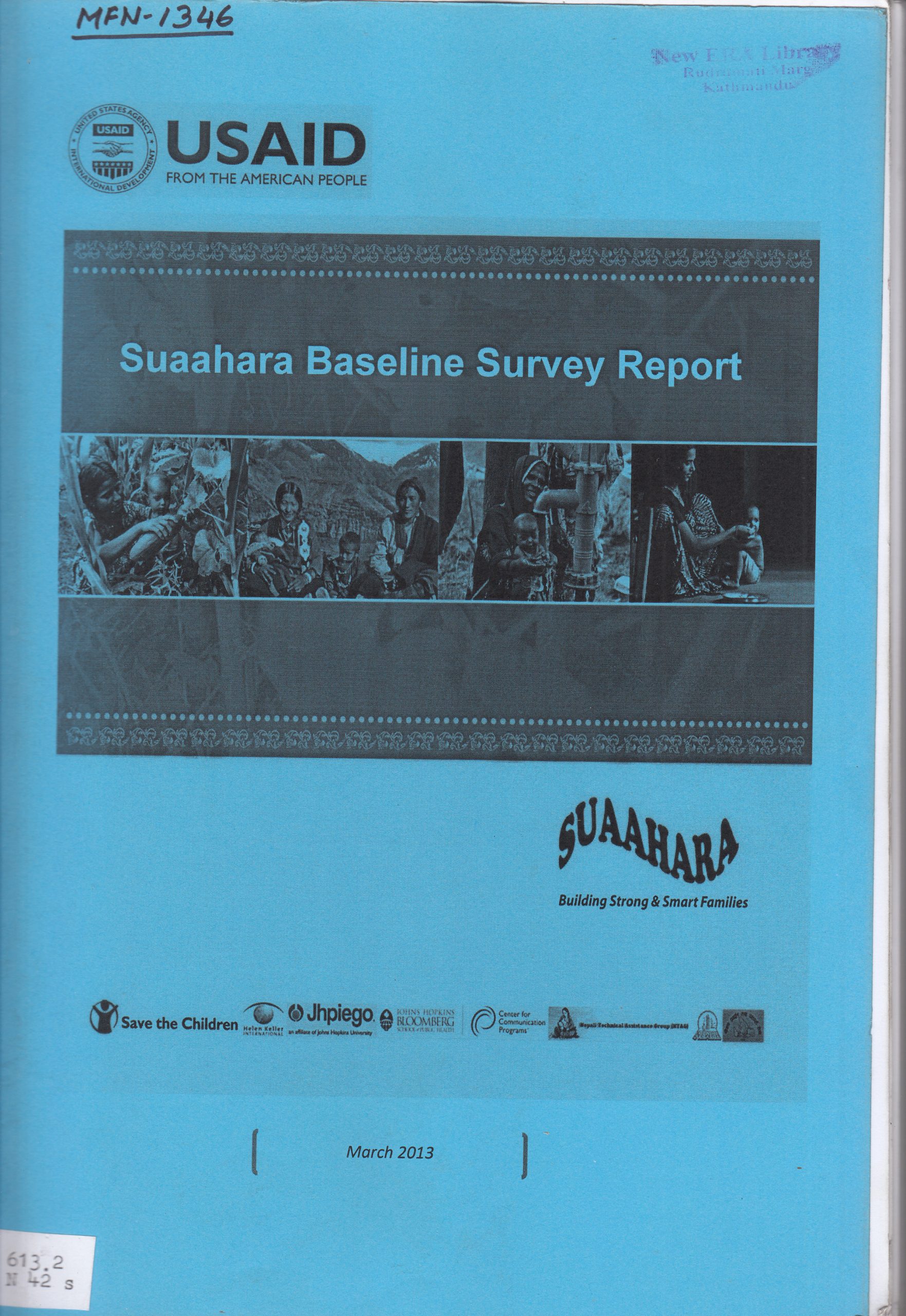 Suaahara (Sudddha Santulit Aahar Hamro Jeevan Rakchya ko Baliyo Aadhar) – is a USAID funded five-year (2011 – 2016) integrated nutrition program collaboration with the Government of Nepal and a consortium of partners in twenty rural districts of Nepal. The overall goal of Suaahara program is to achieve reduction under-nutrition by improving household health and nutritional behaviors of the community. This study obtained baseline key indicators of nutritional impact including stunting, wasting and underweight among children less than 5 years of age. The study also assesses BMI,  anemia, and  behavioral indicators that are know to be associated with nutritional status.