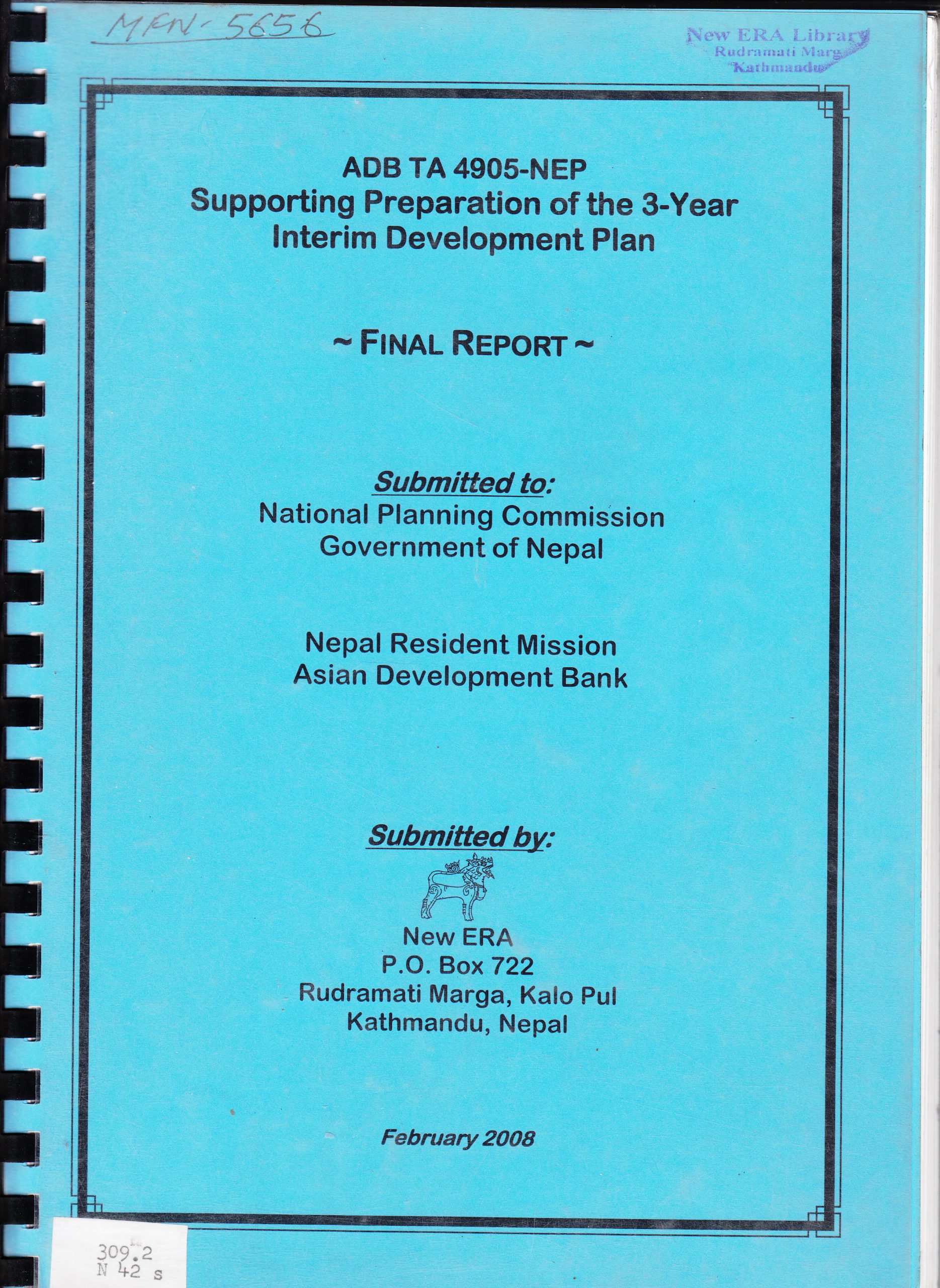 At the request of the Government of Nepal (GON), the Asian Development Bank (ADB) provided technical assistance (TA) for the preparation of the Three-Year Interim (TYIP), and New ERA implemented this TA under a contract with the ADB/Manila. The main objective of this project was to provide TA to the National Planning Commission Secretariat (NPCS) in the preparation of the TYIP. A team of 16 experts from various fields of development identified by the NPC provided the TA. The TA team undertook field visits and held consultation meetings with the rural population of Nepal, which is a valuable source of data considering that most of the rural population falls under the targeted communities of the TYIP. In order to finalize the Approach Paper and the TYIP, the TA team members met with the concerned personnel of various ministries. Similarly, workshops and seminars were also organized in order to implement a participatory approach in the preparation of the TYIP.